Sydney NewsOver 100 Turtle Eggs Have Been Discovered In Manly Beach!

Over 100 Turtle Eggs Have Been Discovered In Manly Beach! 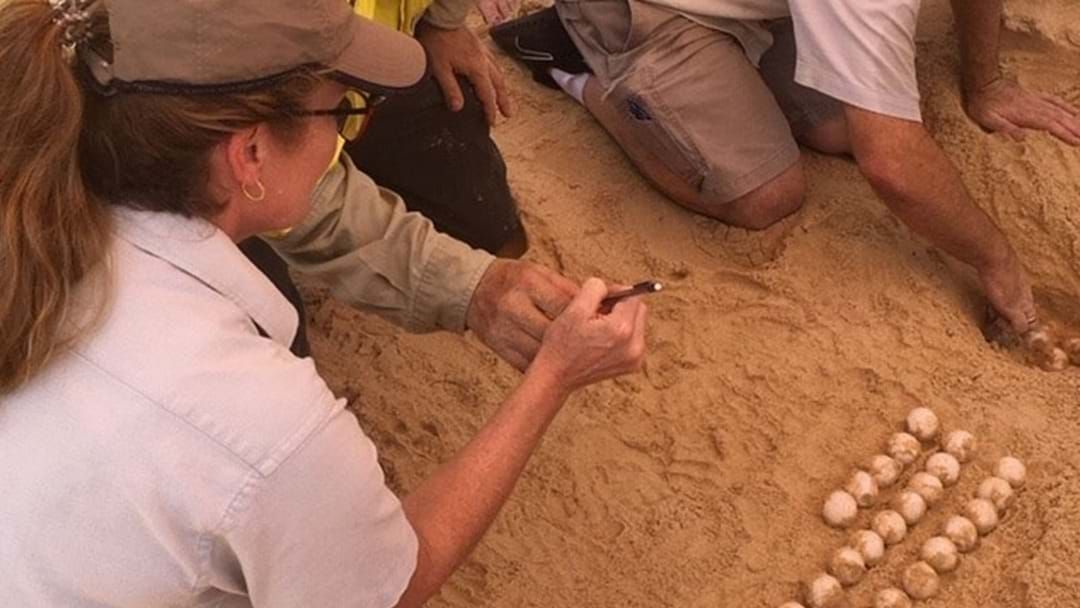 Believe it or not, beach officials found over 100 green turtle eggs buried in the sand at North Steyne in Manly Beach last week!

Just south of the surf club, a turtle laboured its way up the sand at pre-dawn, dug a nest, laid her eggs, and returned to sea, leaving only two sets of tracks in the sand as evidence of her visit.

“With virtually no chance of the baby turtles surviving this far south, crews from Taronga Zoo and National Parks came to the beach and carefully retrieved the eggs for relocation to a more suitable environment,” Northern Beaches Police Area Command reported.

“The exercise saw the two teams carefully dig until the nest was found, 37cm down.

“Each egg was removed, numbered and laid out in rows of ten.

“From there they were packed in coolers, complete with sand from the nest to be transported to a beach much further north.

“There, a hole of identical depth will be dug and each egg placed, one-by-one, in its new home.

“That way, any female turtles that hatch will return to lay their eggs closer to that beach rather than one of the busiest stretches of sand in Sydney.

“They say incidents of turtles laying their eggs so far south are extremely rare.”

That's something you don't see everyday!

Well done to everyone involved in the relocation!