"I found the footage difficult to watch" 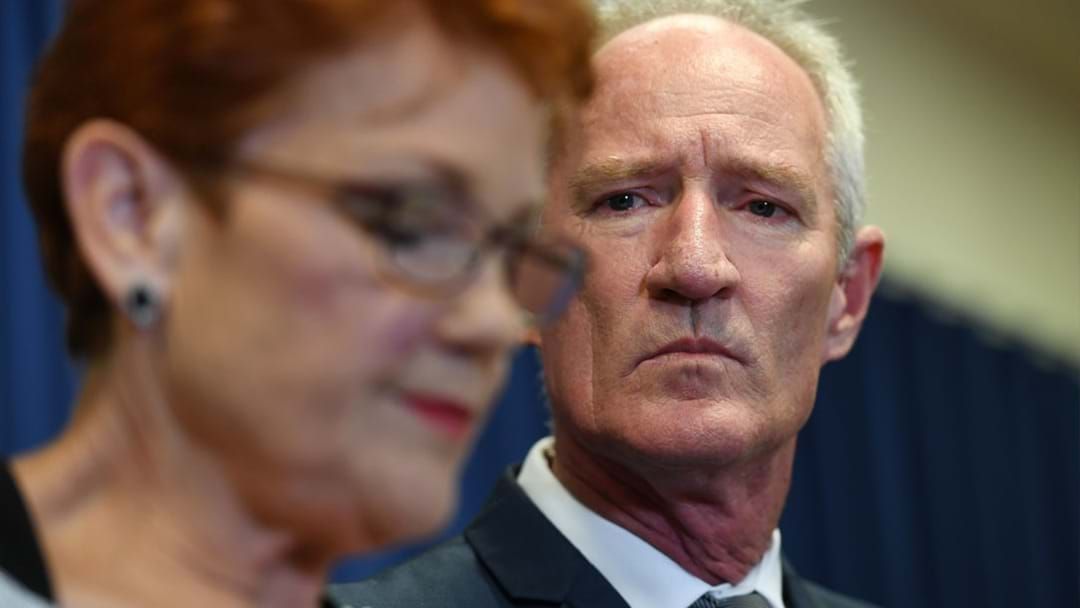 A "shocked and disappointed" One Nation leader Pauline Hanson has sacked senate candidate Steve Dickson over his actions at a Washington DC strip club.

"I have always spoken very highly of Steve Dickson, but the footage I saw last night cannot be ignored or condoned," she told reporters outside her southeast Queensland home.

"Steve Dickson yesterday offered his resignation from all positions within the party which I have accepted."

Mr Dickson offered his resignation to Senator Hanson after footage emerged of him groping dancers and making disparaging comments about a woman in a Washington DC strip club.

His statement read that his wife Debbie is standing by him and he is "deeply remorseful for my disrespectful comments towards women".

"I found the footage difficult to watch as my words and actions under intoxication and in that environment, are not a true reflection of myself," his statement said.

Despite his resignation, Mr Dickson's name will still appear on the Senate ballot.

The recording was captured by an undercover journalist and was leaked to Nine's A Current Affair which broadcast the footage on Monday night.

Al Jazeera has said in a statement overnight that it had not run the footage in its report and condemns the "unauthorised use of its material."

The footage comes more than a month after the Al Jazeera investigation released footage from a meeting between Mr Dickson, Senator Hanson's chief of staff James Ashby and the National Rifle Association in Washington, DC in September 2018.

Footage was released by A Current Affair here.