Not a peaceful protest 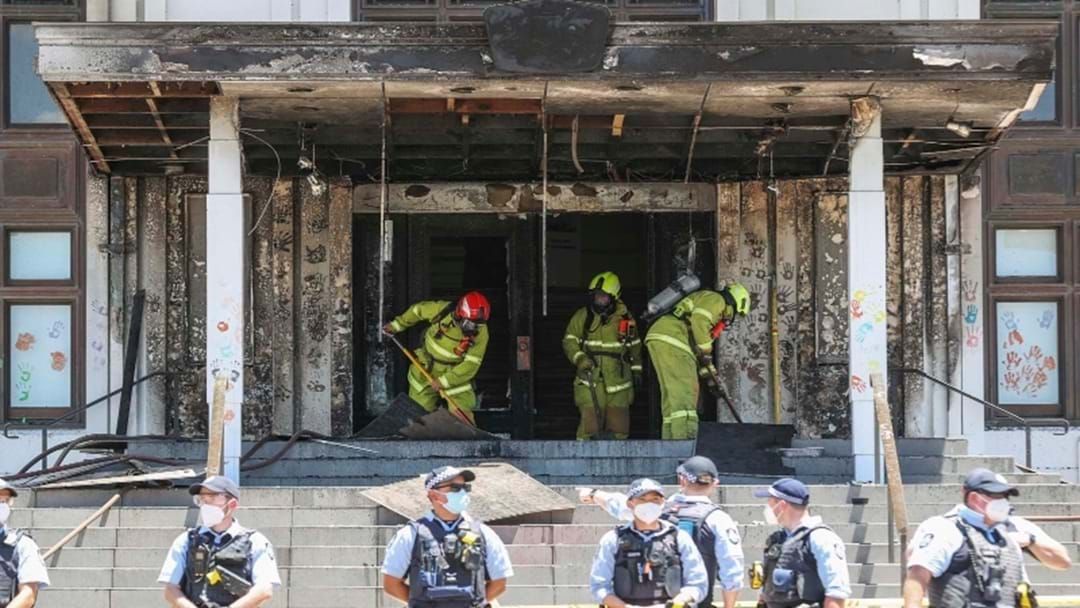 Fire has ripped through the front entrance of Old Parliament House as protests continue in the second consecutive week outside the building.

Crowds have gathered outside the old building in the lead up to the 50th anniversary of the Aboriginal tent embassy, on Australia Day.

Demonstrators were removed from the steps by police after fire starting billowing from the doors about 11:30am on Thursday.

Assistant Minister to the Prime Minister and Cabinet Ben Morton, the Minister responsible for Old Parliament House, has released a statement denouncing the fire, saying "criminal damage has no place in our democracy".

"Our democratic success is based on the principles of freedom, respect, fairness and equality of opportunity," Mr Morton said.

"No system of government is perfect. In our democracy, the freedom to peacefully protest is one that we can and should celebrate."

"Today's actions at Old Parliament House were not peaceful," he said.

It's still unclear as to how the fire started, however, last week's occurred after a ceremonial fire was lit next to the doors.