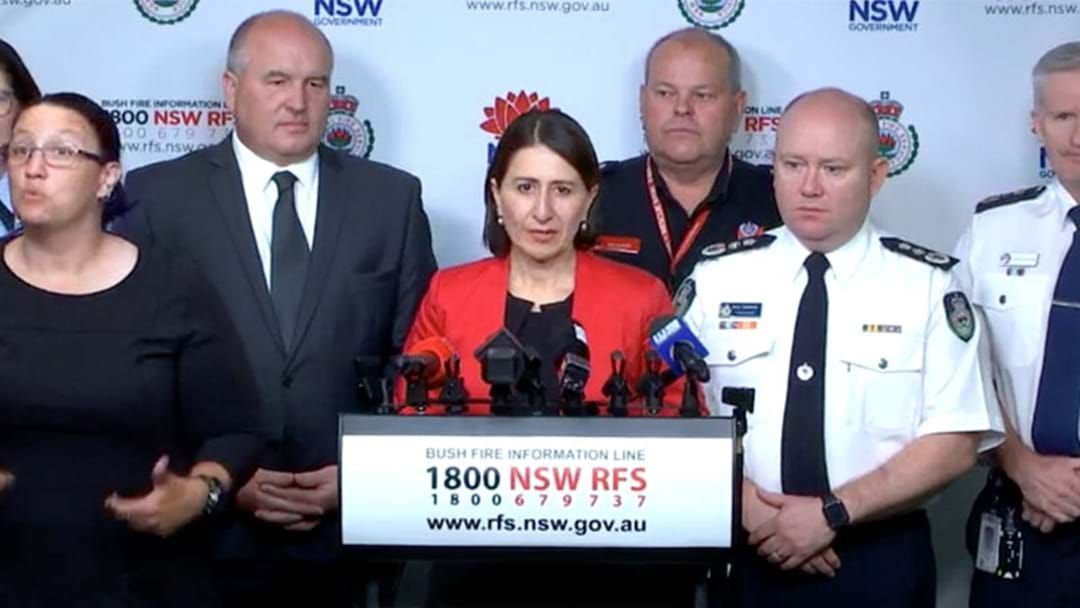 The Berejiklian government has today announced plans to spend $1 billion over the next two years rebuilding infrastructure, like roads, rail lines and and schools, destroyed in the ongoing bushfires.

"The money will provide an immediate source of funding to ensure key infrastructure is restored so that communities can get back on their feet as soon as possible," Ms Berejiklian said.

"The bushfire season is far from over but we know how important it is for communities to start the recovery process where possible."

The government will also provide emergency housing to those to have lost their homes, including temporary accommodation, private rental bonds and advance rent payments.

The announcement comes after more than $200 million has already been committed by the State Government, and a $2 billion national fund has been provided by the Federal Government.

The commitment comes after the 2016-17 budget saw $121 million cut from NSW national parks, which, according to the NSW Public Service Association, resulted in an estimated 100 ranger jobs being lost.

Catch up on the latest news headlines: