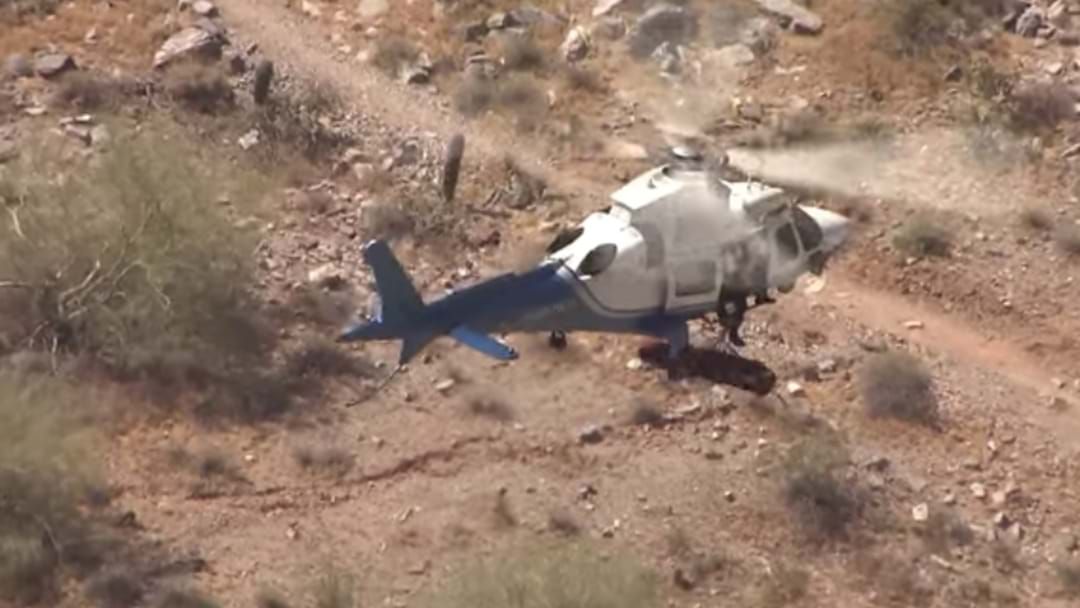 Footage of a 74-year-old woman being rescued from a mountain in Phoenix, Arizona has gone viral after the hoist started to spin out of control....seriously, watch:

It's reported firefighters said the woman was 'nauseous and dizzy' but otherwise wasn’t affected by the rescue.

Police said that a line attached to the hoist normally keeps the basket from spinning, but in this instance it didn’t.

"Sometimes if we’re in a canyon, it’s a strong windy day, it will spin on us," chief pilot Paul Apolinar, saying that the department had seen it only twice.

"It’s not something that happens very often, but sometimes it just does. And when it does, we’re trained to take care of it."

Triple M reported the video reminds them of an iconic scene from The Simpsons... and it can't be unseen.

We're glad she is okay!