NO WEDDING BELLS | Marriage Allegations Shut Down By Val's 'Fiancée'

Natalia has spoken out 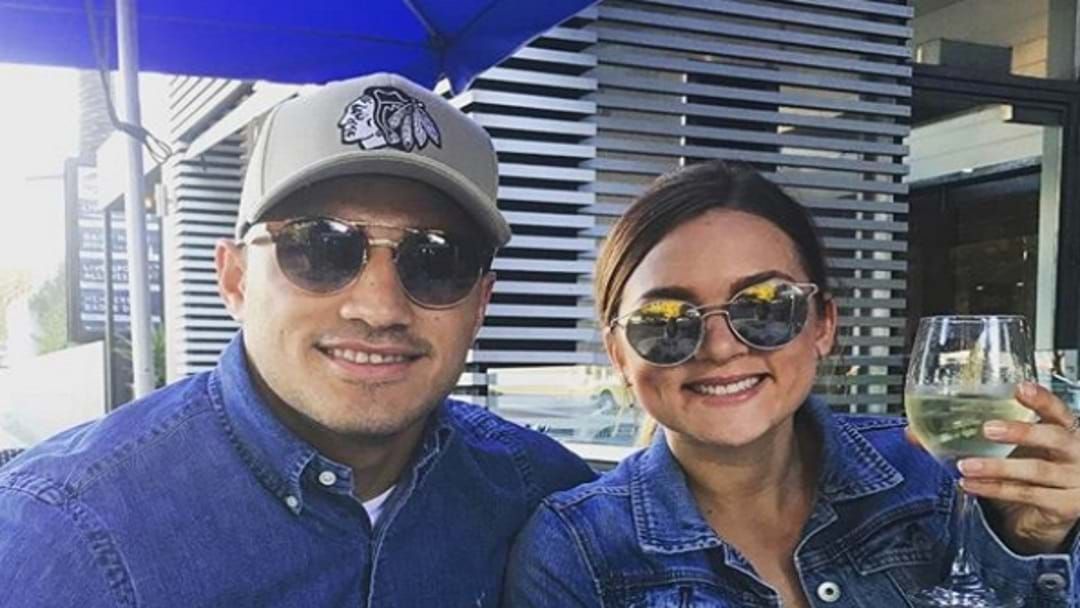 The thing is though- the pair aren't even engaged yet.

Val Holmes will be spending time in North Queensland over the next couple of weeks before jetting of the New York where he will play in the NFL.

Will he and his 'Fiancée' have time to squeeze in a wedding during that time?

According to the Bulletin they're 'secretly getting married' on April 22, Easter Monday.

Natalia was quick to shut down the rumour by posting to Facebook that it was news to her.

When the couple do tie the knot they'll official be the brother and ister in law to Cowboys Captain Michael Morgan and his wifey Bri.

BABY CLIFTON HAS ARRIVED! CATCH UP ON THE ANNOUNCEMENT NOW-