And many more enigmatic images 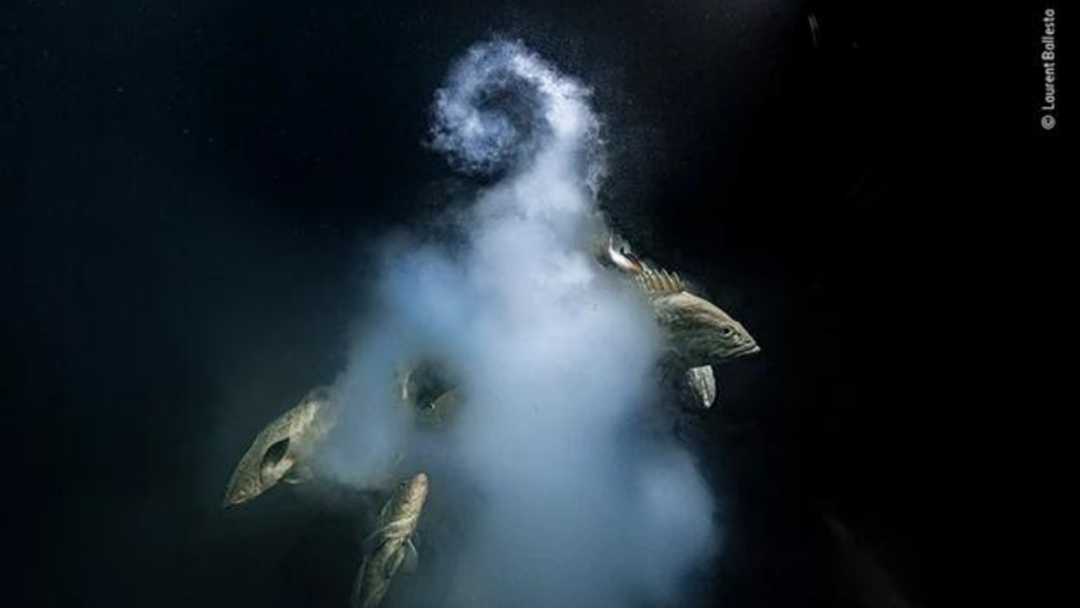 A 10-year-old boy wins a major natural photography award for his picture of a spider in India and a marine biologists “Creation” work captures a once in a lifetime moment.

The Natural History Museum's Wildlife Photographer Of The Year celebrates the best in photography capturing the natural world since 1965. The images are awarded for their artistic composition, technical innovation and truthful interpretation of the natural world. Some issues are purely compelling and beautiful whilst others display sobering reminders of how humanity affects animals and their natural ecosystems.

Of the two 2021 winners selected - both are jaw-droopingly beautiful and rousing.

Vidyun Hebbar claimed the Young Grand Title for his work, ‘dome home’: a perfectly framed and focused image of a spider occupying a web in a gap in a wall, pictured below.

“You can see the spider‘s fangs and the crazy weave of the trap, the threads like some delicate nerve network linked to the spider’s feet. But the clever bit is the addition of a creative backdrop – the bright colours of a motorised rickshaw.”

French Underwater Photographer and Biologist Laurent Ballesta won the photographer of the year award. The image titled “Creation” captures the once in a lifetime moment of camouflaged groupers exiting their milky cloud of eggs and sperm in Fakarava, French Polynesia.

The Natural History Museum director Dr Doug Gurr said Mr Ballesta’s “Creation” served as a sobering reminder of what we stand to lose if humanity’s impact on the planet is not addressed.

“The protection provided to this endangered species by the biosphere reserve highlights the positive difference we can make,” he said.

Other stunning images include “Reflection”, by Majed Ali of Kuwait. This work captures the moment a mountain gorilla closes its eyes in the rain. The result is absolutely stunning.

Majed said he had trekked for four hours to meet Kibande, an almost 40-year-old Mountain gorilla. He said as he climbed, it got more hot and humid. When the cooling rain fell, Kibande remained in the open, appearing to enjoy the shower. Mountain gorillas can only be found at altitudes over 1,400 meters in two separate colonies, one at the Virunga volcanoes and another in Bwindi. They are endangered due to habitat loss, disease, poaching and habitat disruption from human activity.

Another work, "Head to Head", captures a pair of male reindeers fighting during the rutting season. Males engage in fighting by clashing their antlers until one is defeated. The dominant male goes on to win the opportunity to breed in the area.

Reindeers are widespread in the Arctic, but the subspecies depicted here occurs in Svalbard only. Populations are affected by climate change, where increased rainfall can freeze on the ground, preventing access to plants that would normally sit underneath soft snow.

You can explore the full gallery of images on the Natural History Museum website.