Entertainment NewsMove Over Twilight, Another Fave Vampire Series Is Coming To Our Screens!

Move Over Twilight, Another Fave Vampire Series Is Coming To Our Screens! 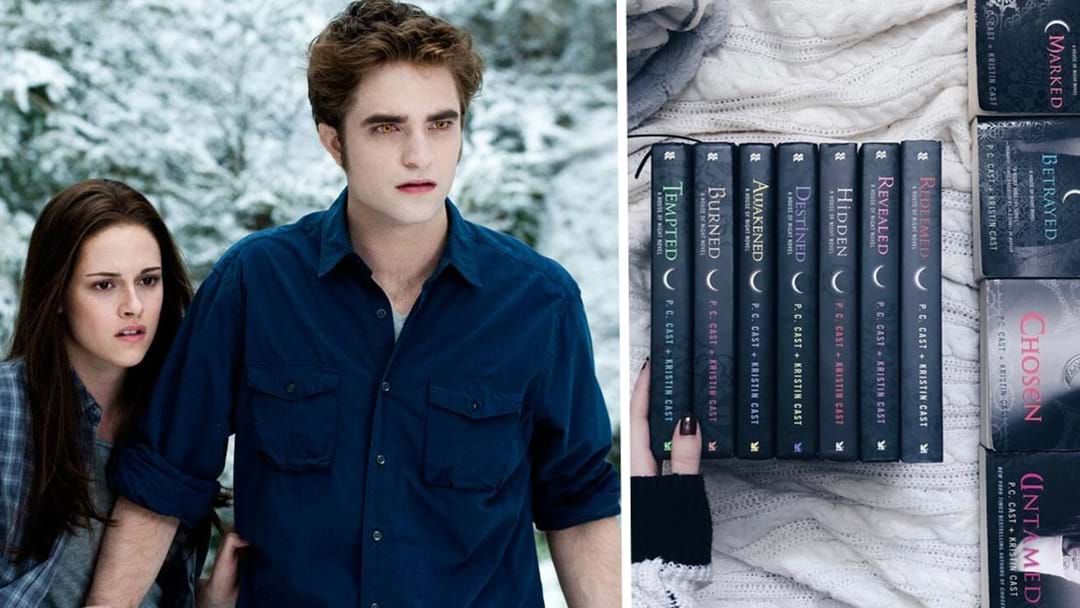 A few of our fave fantastical YA (young adult) novels have been blessed with film and TV adaptations over the years.

Think Twilight, The Hunger Games, Shadowhunters, Beautiful Creatures, The Darkest Minds, Fallen, and Divergent (I will forever curse the studio for not giving us the final Divergent film…).

Now, ShadowHunters (the TV series) producers Don Carmody and David Cormican are about to do something special and bring another series to life:

The New York Times No.1 bestselling series, House of Night, by P.C. Cast and Kristin Cast!

Fans of the book will know the excitement we have in store for us and just how huge this is.

Carmody and Cormican are teaming up on the project with Davis Films, according to Victor Hadida, the president of Davis Films.

Hadida revealed, “My late brother Samuel and I purchased the production rights to this amazing set of books a few years ago [before his death last year], and had been looking for the right partners to bring it to fruition.

“I am thrilled to have our good friends Don and David join us on this journey to re-create the remarkable universe that P.C. and Kristin have created.”

Carmody also added, “We have known and worked together with Samuel and Victor on multiple successful projects over the past fifteen years or longer.

“We are honored that Victor asked us to join with him in realizing the vision of these books, which we know meant so much to Samuel.”

“When 16-year-old Zoey Redbird is Marked by a vampyre tracker and begins to undergo the Change into an actual vampyre, she has to leave behind her family in Tulsa and move into the House of Night, a boarding school for other fledglings like her... but Zoey finds she is no average fledgling.

“As Zoey tries to make new friends and maybe find a hot boyfriend (or three), she comes up against all kinds of evil, from the perfect-looking, super-popular girl with not-so-innocent plans, to the mysterious deaths happening at the House of Night and all over Tulsa, and the beautiful high priestess, Neferet, who seems to have Zoey’s best interests at heart…or does she?

"Things at the House of Night are rarely what they seem. Can Zoey find the courage deep within herself to find the truth and embrace her destiny?”

Sound juicy? You betcha! This is going to make for one hell of a series!

If you’re wanting to catch up on the series before the show starts, here are the dates!

So far, there have been twelve books in the House of Night Series:

There’s also a few novellas and another spin-off series, House of Night: Other World:

Why There Should Be No Influencers On The New Big Brother