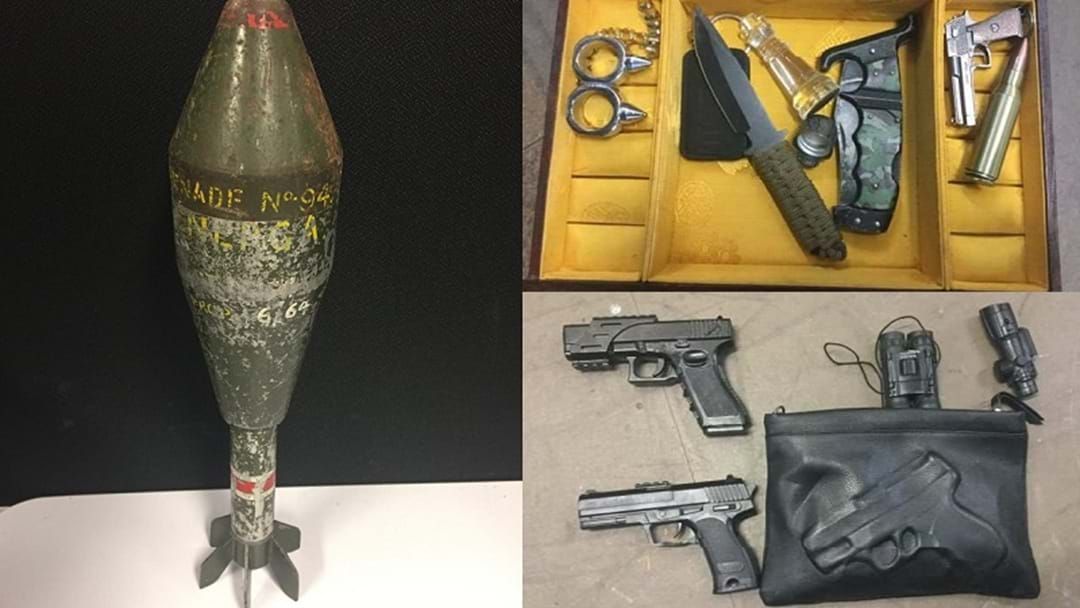 They were accused of threatening a driver at gunpoint, while he was sitting in the vehicle outside a Kendor Street home around 8.45pm on Thursday, May 30.

The man managed to slam the car into reverse and take off before the men could get in though.

Police arrested a 32-year-old and a 22-year-old yesterday morning, after pulling a stolen Porsche over at Southport.

This vehicle was stolen during at break-in at Labrador on May 25.

He was remanded in custody to appear in Southport Magistrates Court on June 25.

Further investigations also led officers to search a storage shed on Lawrence Dr in Nerang where they allegedly found an assortment of illegal drugs including GBH, ice, a white powder suspected of being cocaine and cannabis.

They also allegedly uncovered three firearms, a large quantity of ammo and a military grade mortar.

Investigations continue into the discovery.