She got the power! 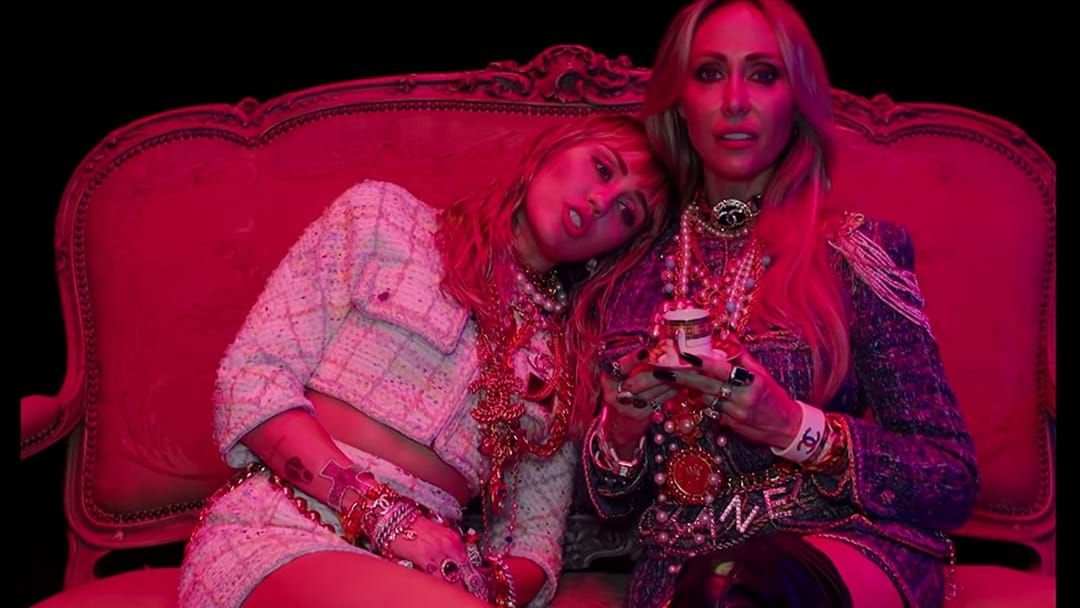 If you thought Miley Cyrus let out all her activist statements in the 'Nothing Breaks Like A Heart' music video last year, you’d be wrong, because she’s just getting started!

'Mother’s Daughter' is the first single to be released by Miley off her latest EP, She Is Coming, and aside from it being an absolute BANGER of a song (seriously, who hasn’t been belting it out since it dropped?), it now has a powerful video to match.

In the film clip, Miley features alongside other strong women, bold statement words and NSFW images. According to the video’s director, Alexandre Moors, the clip shows “everything [about the female body] that's supposed to carry some taboo, but we should be beyond that."

But perhaps the best part of the video, is a shot of Miley with her fabulous mum, Tish Cyrus!

"The video is about the woman's body — the right to own your own body and make it free from the male gaze, in any way shape and form,” Moors told The Times.

“It’s a broad message, and we're not trying to be dogmatic. But we're living in difficult times in America, and what I get from this video is that it injects a lot of energy and determination and the right fuel for the struggle.”

He continued, "We wanted to make a tribute to the previous women who fought this battle, because you can imagine how hard it was for the women of the '90s and '80s, when it wasn't even a subject people were bringing up.

"These women put their bodies on the front lines to fight for what is right, and I have a deep respect and fascination for them.”