Miley Cyrus And Cody Simpson Have Apparently Been Spotted Kissing

Talk about a type! 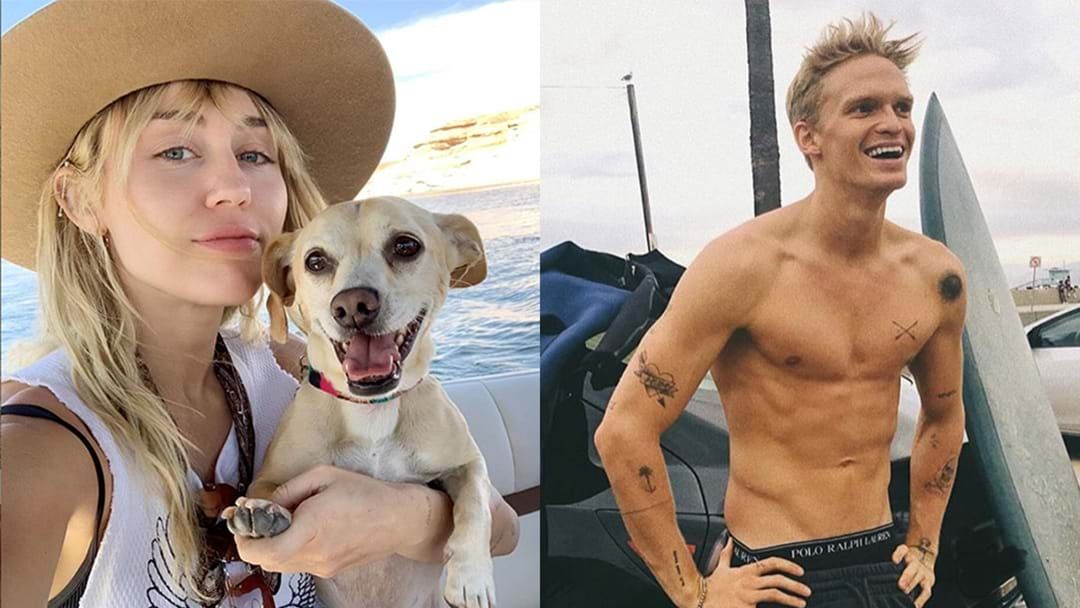 After splitting up with her Aussie surfer husband Liam Hemsworth this year, pop-country queen Miley Cyrus has now been linked to Aussie surfer Cody Simpson!

According to E! News (who are usually pretty on the ball with these stories) a ‘source’ claims to have spotted the 'Mother’s Daughter' singer giving Cody a quick kiss while on a grocery run together.

“On Thursday afternoon, the ‘Slide Away’ singer was spotted with Cody at a Los Angeles grocery store where an eyewitness exclusively tells E! News they saw them coming in to the grocer "real quick" to grab a drink and some sushi. And, according to the eyewitness, they also shared a ‘quick kiss’ while perusing their food options,” they reported.

“Not long after, the eyewitness says Miley, who was ‘dressed casually in a tank top," and Cody ‘noticed people seeing them so they tried to rush out of there.’”

While we’re still not sure how trustworthy this source is, Miley and Cody have been good friends since at least 2014.

Take a listen to the full story:

Although we're still mourning the end of Miley & Liam, there's no doubt Miley and Cody would make a cute couple... and we really want to hear a duet, to be honest.