Did somebody say 'wholesome'?! 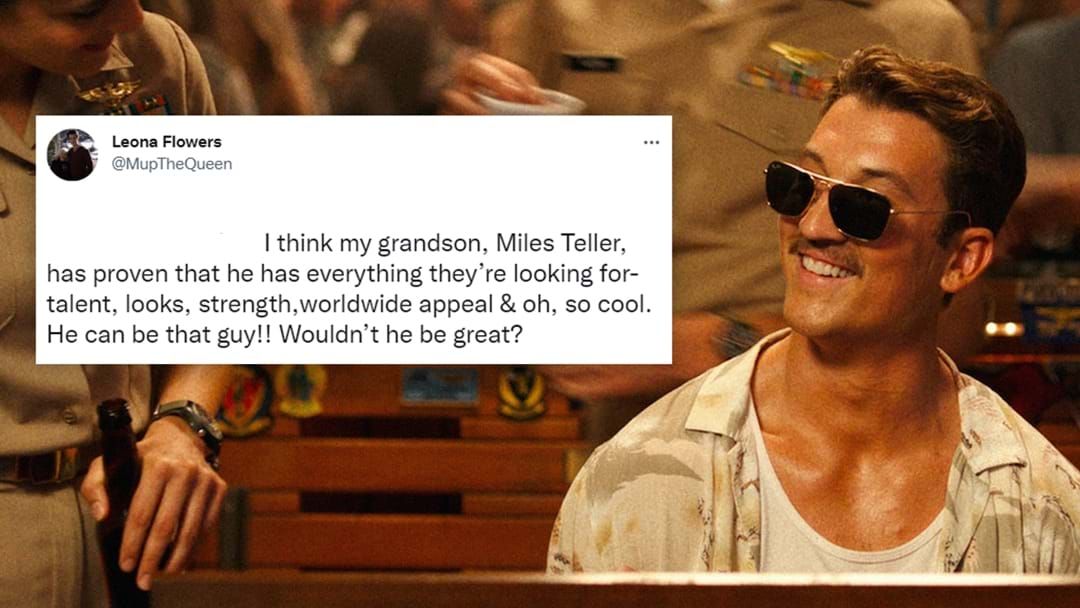 Prepare yourself for the most wholesome story you’ll hear today!

Miles Teller’s grandmother has started a campaign to land him his next big gig.

Leona Flowers, the 35-year-old Top Gun: Maverick star’s grandma, took to Twitter to nominate her beloved grandson to take up the mantle as the next James Bond.

“They’re looking for an actor to replace Daniel Craig for future 007 movies. I think my grandson, Miles Teller, has proven that he has everything they’re looking for – talent, looks, strength, worldwide appeal and oh, so cool,” she tweeted.

Can she be our grandma, too?!

While the post was met with an outpouring of love and support, some people took issue with the fact Teller isn’t British, but our favourite grandparent swiftly responded to those doubting her grandson’s talent.

“He studied acting, which includes accents. He’d be great… Miles is very proud of his genetic connection to the British Isles,” she wrote.

“I think our English friends would welcome him as 007.”

Who are we to suggest otherwise?!

James Bond producer Barbara Broccoli recently told Deadline the creative team behind the long-running spy franchise has yet to start the search for their next leading actor, as they’re busy laying the groundwork for the ‘reinvention of Bond.’

When the time comes for the inevitable casting call, we know Flowers will be the first to throw a nomination their way!