"We had a laugh about it" 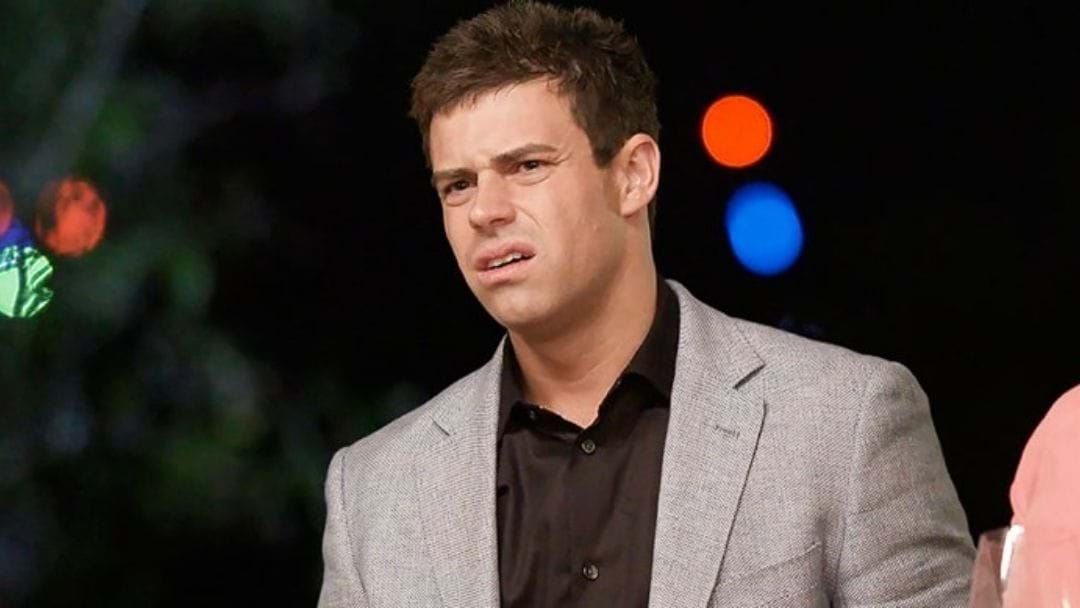 Last night, our Married At First Sight favs reunited in seperate dinner parties, where the participants took it upon themselves to dig deeper into the alleged cheating scandal between Michael and Hayley.

On one end of town, the girls grilled supposed witness Vanessa, while Michael's "wife" Stacey entered a screaming match against the accused Hayley.

Meanwhile, the boys pushed Michael for details about the night that he claims to have forgotten...

^ Me disowning my bad decisions

This morning Michael commented on the scandal, adding that the audience just "needs to see the villain go down".

He also confessed to owning the Tinder profile that has been doing the rounds online, but explained that it's old.

Although bragging to have been "good at Tinder" in the past, Michael has no plans to get back into the dating scene, claiming:

"I'm with the most amazing, gorgeous girl on the planet. I've struck gold."

"Life is short, don't believe everything you hear. Sometimes it's just a piss-take and sometimes it's fun, and no one's getting hurt. It's not nasty."

Hear more from Michael in the catch up below...

Don't miss out on all the Married At First Sight drama!