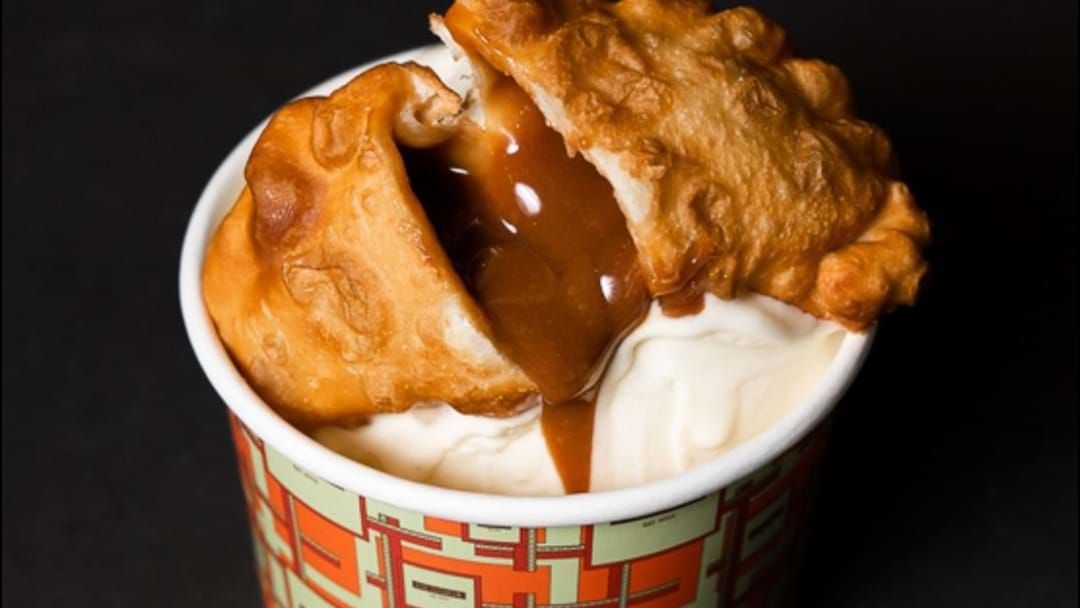 Messina is collaborating with Melbourne's San Telmo for their first-ever South American feast which will consist of choc-a-block days of choripan, dulce de leche empanadas and loaded fries.

The San Telmo Group are the proud owners of Palermo, Asado and San Telmo restaurants in Melbourne who are making their way to Rosebery.

There will be a traditional asado fire pit from 12pm to set the mood where the team will be carving up slow-cooked lamb and stuffing it in rolls with cabbage slaw and chimichurri ($15). There'll also be choripan ($14) — rolls of chorizo, chimichurri and salsa — loaded fries ($8) and three types of empanadas (three for $15): beef and boiled egg, sweetcorn and mozzarella, and pork shoulder and chipotle.

And to finish you off, just in case you haven't had enough, Messina will be serving up two saucy Argentinian classics for dessert.

The savoury branch of Sydney's cult-favourite gelateria will kick off Friday, September 6 and Saturday, September 7 from 12–9pm (or sold out).

For more information on this delicious deal, click here!