Melbourne NewsMelbourne Will Get Uber Air Trial Next Year

Melbourne Will Get Uber Air Trial Next Year

Just hail a flight, why don't you? 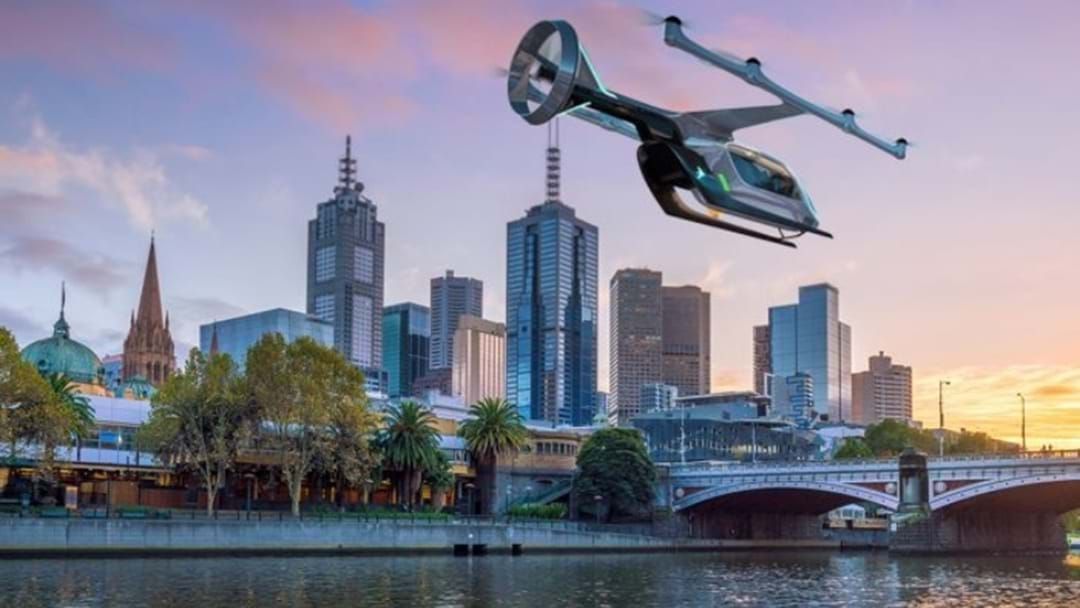 Melbournians will be able to grab an Uber Air from next year with the app-hailed air service launching a trial in Victoria next year.

The Victorian capital is joining Dallas and Los Angeles in a pilot of Uber Air flights from 2020, ahead of commercial operations starting in 2023.

The electric air taxis will, in the longer term, be able to transport people across cities for the same price as the rideshare service, UberX, the company said in a statement on Wednesday.

Regional general manager for Uber in Australia, New Zealand and North Asia Susan Anderson made the announcement at an Uber summit in Washington.

"Australian governments have adopted a forward-looking approach to ridesharing and future transport technology," she said.

"This, coupled with Melbourne's unique demographic and geospatial factors, and culture of innovation and technology, makes Melbourne the perfect third launch city for Uber Air.

"We will see other Australian cities following soon after."

It's expected that a 19km trip from the CBD to Melbourne Airport will take around 10 minutes with Uber Air, versus up to an hour by car.

"In the coming years, with Uber Air, we want to make it possible for people to push a button and get a flight," Uber Elevate head Eric Allison added.

Uber Air services use drone like special aircraft that can take off and land vertically from designated hubs - called skyports - like shopping centre rooftops, and carry four passengers and a pilot.

In Melbourne, Uber is working with Westfield shopping centres owner Scentre Group, which has seven centres in the city, to help deliver its service.