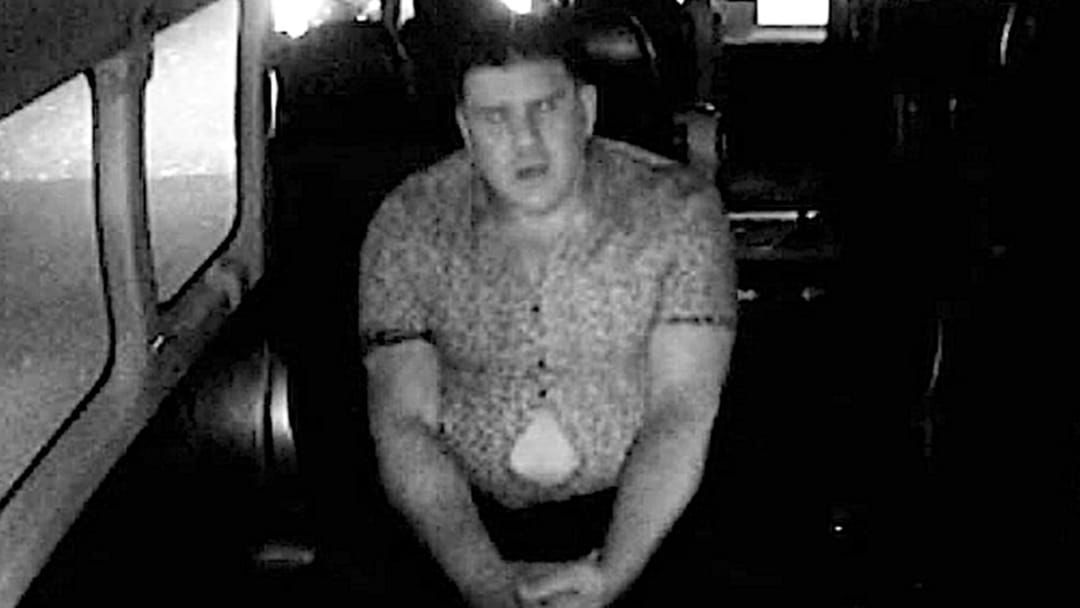 The search continues for a man wanted for questioning over the alleged indecent assault of a sleeping woman in a taxi.

Police released footage of the man in question on Tuesday.

It's understood the 20-year-old Palm Beach woman entered the front passenger seat outside a Broadbeach establishment around 4am on August 25, before the unknown man approached the vehicle and requested to be taken in the same direction.

Investigators claim that during the ride the man reached forward to the woman and indecently assaulted her as she slept.

The 51-year-old driver then stopped at Tahiti Avenue to drop the woman off when the man tried to pull her out of the car.

That is when the driver quickly drove away and the man grabbed onto the side sliding door of the vehicle and tore it off its hinges.

The taxi driver raised the alarm to police, who eventually made contact with the alleged victim, who had no idea she had been allegedly assaulted until then.

Police are appealing to anyone who may have information about the man to contact them via Policelink on 131 444 or Crime Stoppers on 1800 333 000.