Man To Face Court Over Lengthy Standoff With Armed Police

The man will face multiple charges 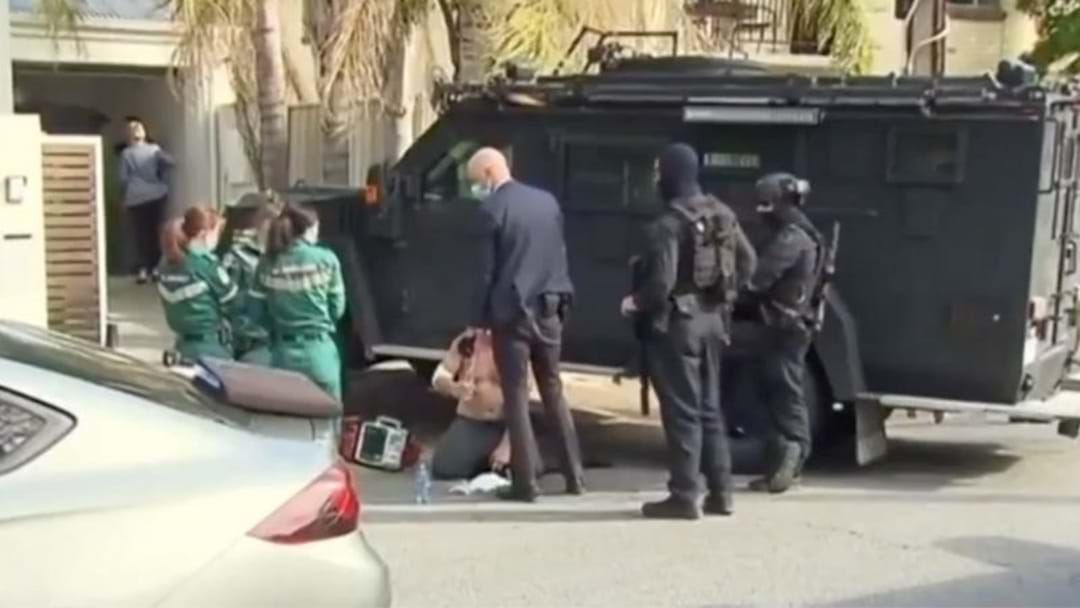 A man has been arrested after a lengthy standoff with heavily armed police yesterday at Parkside.

A 40-year-old man is due to face court today on charges of theft, aggravated assault, detaining a person to commit an offence, aggravated robbery and fire arm offences.

An arrest was made after a dramatic stand-off between the offender, STAR Officers and police.

Stay up-to-date on the latest news with The SA Briefing - keeping you in the loop with the region's breaking news as it hits.

Tactical police were called to the scene on Blyth Street while investigating a robbery and assault that occurred last week.

STAR Officers eventually charged into the home, detaining a man in his 40's who was treated by paramedics on the scene for a dislocated shoulder.

The man was then transported to hospital.

He was then arrested and charged. He did not apply for bail and is due to appear in Port Adelaide's Magistrate Court today.

According to police, the man was found hiding inside the roof cavity inside the home.