Wait, you can actually win it?! 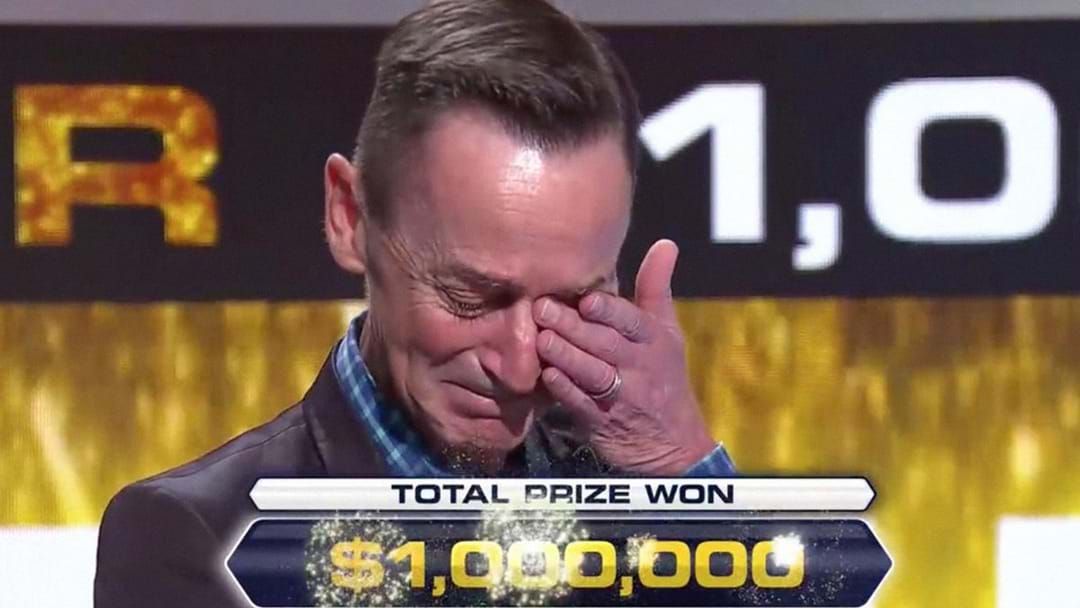 Those who tuned into last night's episode of Millionaire Hot Seat probably didn't realise they were going to watch Australian TV history being made.

Antony McManus, a Melbourne-based retail worker, managed to score himself a cool seven figures in one of the most jaw-clenching episodes of the show to-date.

We were on the edge of our seats when we saw Antony’s (supposed) final question; How many Australian prime ministers have been members for electorates in Queensland?

Running through the answers, which were too close to comfort (being between ‘1’ and ‘4’), Antony was visibly as lost as we were, but that wouldn’t stop him.

Having scored a lifeline during his playthrough, Antony received the opportunity to change the final question sitting between him and a million dollars.

While the question was still difficult, it was certainly more palatable: Which of these classic literary works was published first? A: The Count of Monte Cristo, B: A Tale of Two Cities, C: War and Peace or D: Les Miserables.

Attempting to order them backwards, Antony settled on Alexandre Dumas’ The Count of Monte Cristo and calmly scored himself a million dollars; the second person to do so in the show’s history.

While we're in disbelief about the show actually being winnable, Channel 9 has reported that a ridiculously large amount of money has been given away between Who Wants To Be A Millionaire and Hot Seat, coming to a grand total of $87,098,000 over 21 years of broadcast.