The victim is in stable condition 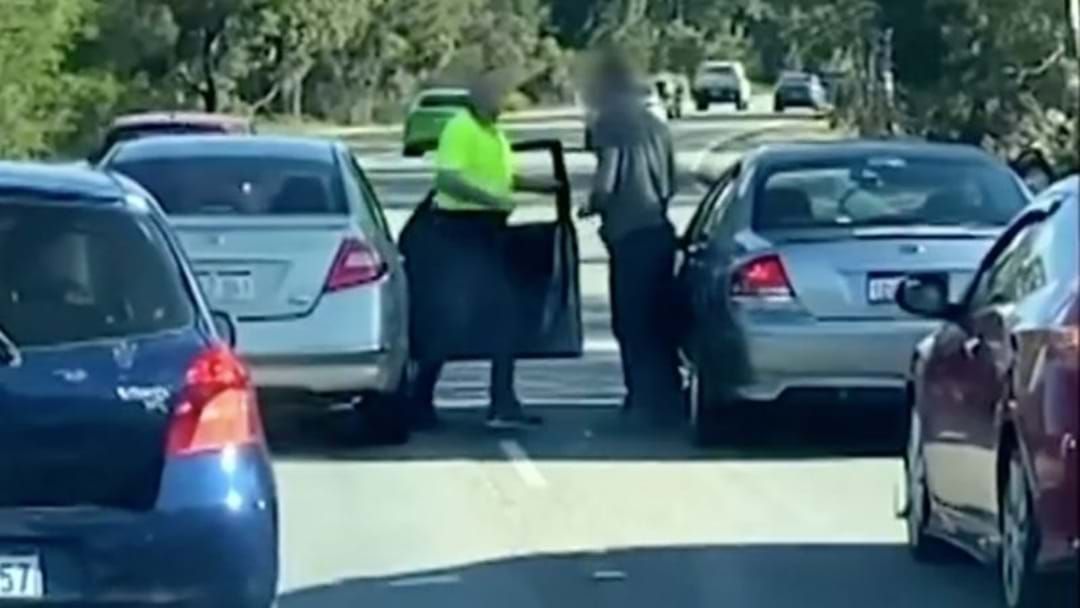 A man has been arrested by WA police over the alleged stabbing of another man during an out of control road rage incident on Monday.

A man was allegedly stabbed and beaten during a road rage incident in peak hour traffic in Perth on Monday.

It is alleged two men began throwing punches at each other on Tonkin Highway in Wattle Grove at around 4:45PM on Monday afternoon.

The incident occurred after the 52-year-old alleged victim attempted to merge his Nissan from a left lane which was due to end, into the middle lane of Tonkin Highway between Hale Road and Welshpool Road while a 42-year-old Ford Falcon driver was driving in the middle lane behind the Nissan.

According to police, the driver of the Ford attempted to speed up to get ahead of the Nissan despite the Nissan driver indicating his intention to merge.

The Ford is then believed to have rammed the Nissan several times before veering off to the left-hand side of the road on a gravel shoulder and cutting the Nissan off.

The Ford driver then moved to the right-hand lane alongside the Nissan before both vehicles stopped in the middle of the road at the traffic lights.

The Nissan driver is then believed to have exited his car to inspect the damage to his vehicle, when the driver of the Ford was also seen exiting his own vehicle and approaching the 52-year-old.

The two men were then seen in an aggressive verbal exchange before the driver of the Ford allegedly revealed a knife and stabbed the Nissan driver in the abdomen.

The 52-year-old victim attempted to flee the scene in his vehicle but was forced to pull over only a few hundred metres down the road to seek medical attention for his injuries.

The 42-year-old Ford driver was held at the scene by a member of the public, where police later arrested the man.

The Lockwood man is facing charges of reckless driving and grievous bodily harm and is due to appear in Midland Magistrates Court today.

The 52-year-old is in stable condition in hospital.