Entertainment NewsMAFS: Bryce Explains Why He Didn’t Simply Ask For A New Card

MAFS: Bryce Explains Why He Didn’t Simply Ask For A New Card

Did he really Google 'bullying'? 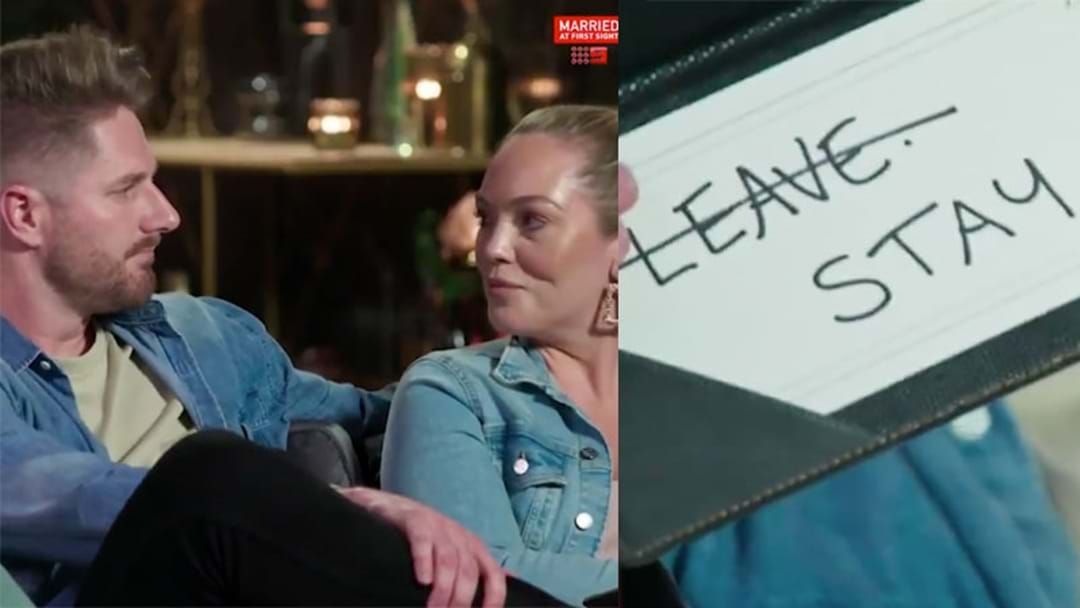 There was one moment during last night’s episode of Married At First Sight that was particularly hard to watch.

When it came time for Bryce to reveal whether he wanted to remain with Melissa and kick on with the experiment, the 30-year-old revealed he had written the word 'LEAVE' before crossing it out to write 'STAY'.

It was uncomforted and heartbreaking.

This morning, Bryce joined the Hit Network’s Bec, Cosi and Lehmo to discuss why he decided to reveal his decision in such a way and addressed the comment he made about googling the definition of ‘bullying’.