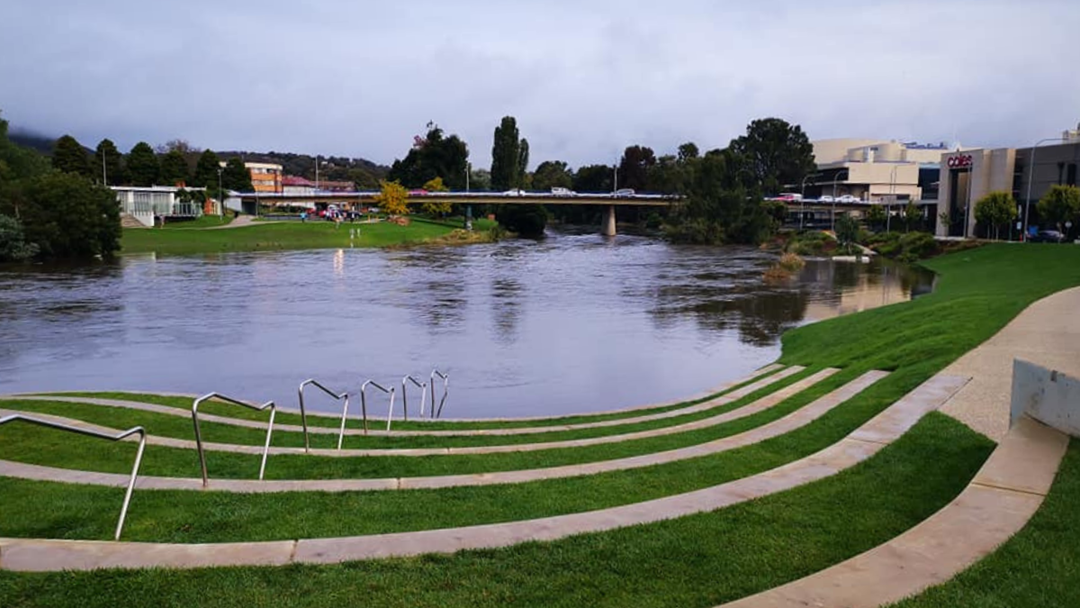 The Queanbeyan and Molonglo rivers after both beginning to fall after peaking overnight, following heavy rain across the region on Tuesday.

The Queanbeyan River at Queens Bridge is estimated to have peaked at nearly 6 metres early on Wednesday morning.

The Molonglo River at Oaks Estate reached its peak of 6.47 metres at 3am on Wednesday morning and is now also falling.

Minor flood warnings remain in place for both rivers as they continue to fall.

Emergency services are also reminding locals of the dangers that flooding waters can still present despite the eased wet weather conditions.

It comes after crews had to rescue a woman who became stuck in flood waters at Kambah Pool overnight.

ACT Fire & Rescue, SES and Police crews deployed throw bags and ropes to safely retrieve the woman from the water.

She was assessed at the scene by paramedics but didn’t appear to suffer any major injuries.

There's been more than 180 calls for help across the ACT since early Tuesday morning.