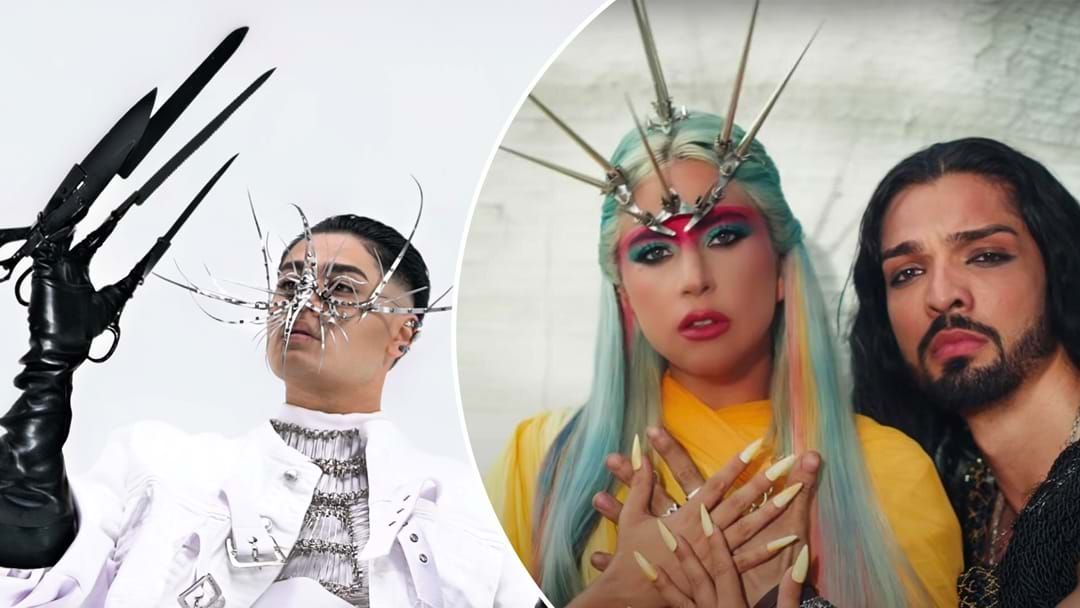 He wowed audiences on The Voice and again on The Voice All Stars and now Aussie singer Sheldon Riley is bringing a touch of Lady Gaga to our shores.

The singer teamed up with Gaga's mask designer Lance Victor Moore to create a spectacular piece for the video for his new song 'Left Broken' and the results are stunning.

Lance is the man responsible for many of Gaga's looks including one piece made specifically for her 911 video from her album Chromatica.

Sheldon has gone from strength to strength, even appearing on US TV series 'America's Got Talent', showing off his impressive talent.

When speaking about his new song, Sheldon said  “I grew up in a very religious family.. with that, came a lot of restrictions to my exposure to many things including music, film, etc. I remember I was at an Aunt's house at a young age when I first sat and watched the movie ‘Edward Scissorhands’. I knew nothing of the film other than the fact I wasn’t supposed to be watching it,” said Sheldon. "However, I could not look away as the mystery of this sad broken man with scissors for hands was completely breaking my heart.”

“When I was writing ‘Left Broken’ I was originally writing about a relationship that ended and left me pretty heartbroken. However, I’m a visual singer/songwriter, I love to hide my heartbreak behind masks and stories. The idea of this scissor handed man, who was left so incomplete through the movie with no ‘happily ever after’. I really connected to that and how most times there really isn’t a happy ending to heartbreak," said Sheldon.

Get your hands on 'Left Broken' here.