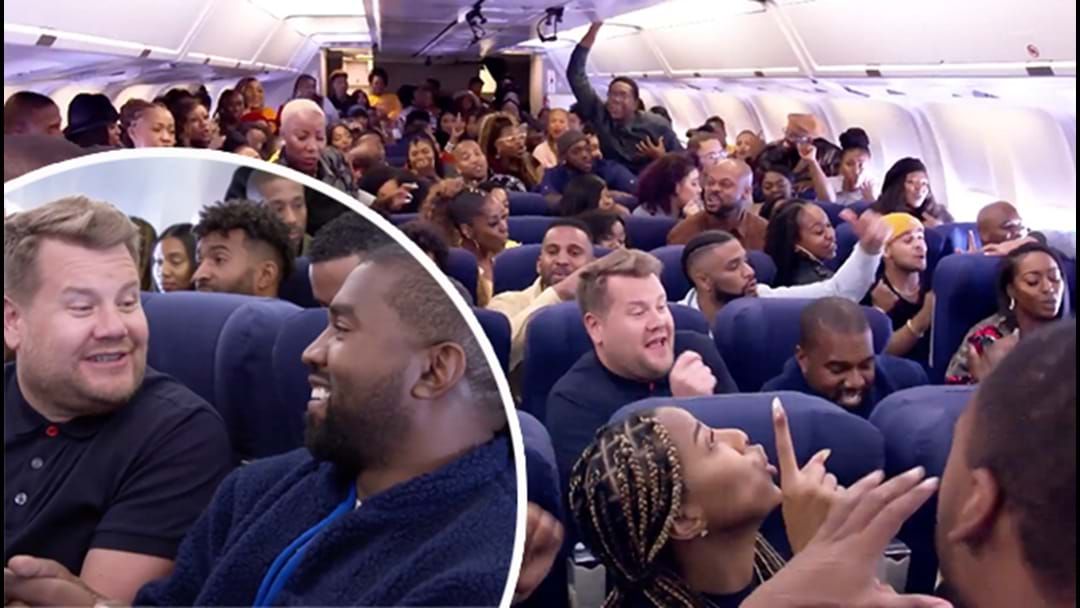 Kanye West has revealed in the first ever 'Airpool Karaoke' aboard a jet with James Corden that he first thought of his 'Sunday Service' concept when he was in hospital 2 years ago.

Ye revealed to James that he felt God wanted him to suffer more in his life and have more obstacles in his way before he got to this point with his music.

He also revealed his marriage to Kim Kardashian is counted in 'dog years' saying it feels like it's been 500 years (and not just 5).

Kanye's album 'Jesus Is King' is out now and available here.