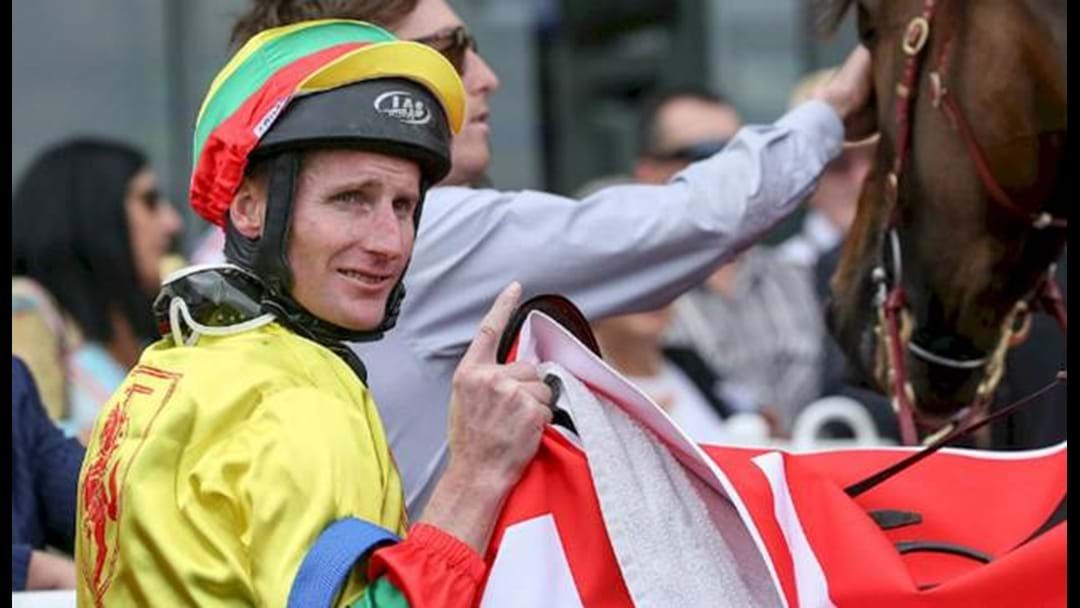 Bendigo jockey Brad Rawiller is at the Alfred Hospital in Melbourne in a serious but stable condition following a fall yesterday at Cranbourne.

He was aboard Frankly Harvey in Race 4 when the horse went down heavily - the horse escaped unscathed.

Rawiller, however, was treated at the track then taken by Ambulance to hospital where scans revealed a fractured C4/C5 vertebrae, a broken collarbone and lacerations - confirmed by Racing Victoria.

Fellow jockey Brian Higgins also went down in the race and was airlifted to the Alfred with what was later discovered to be broken ribs and a punctured lung.

The rest of the day's action at Cranbourne was called off as a result.