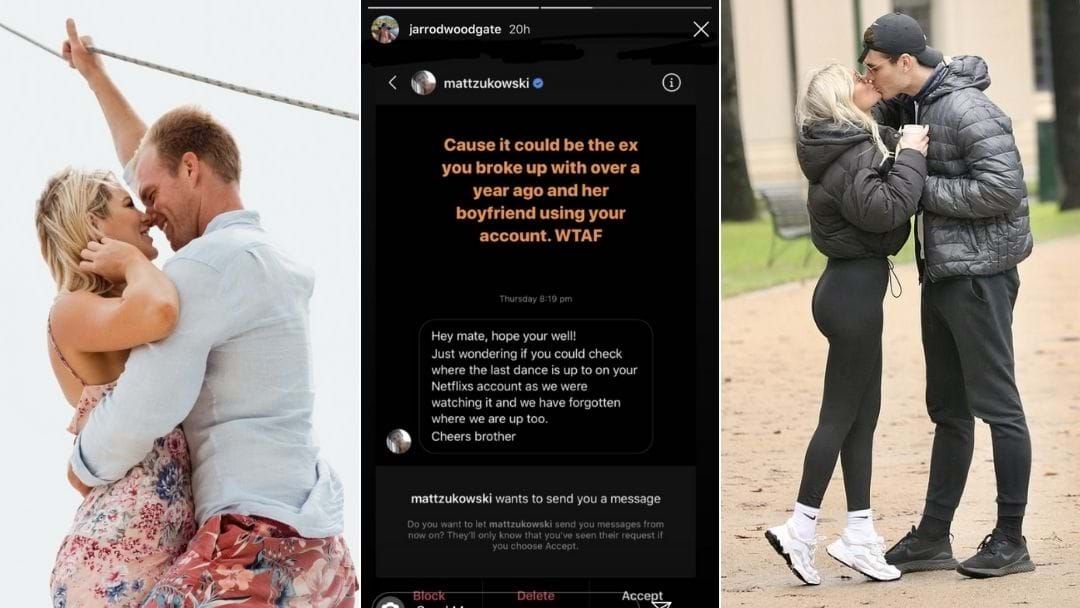 Sure, heartbreak sucks. But have you ever had to start paying for your own Netflix account after a break up?

Turns out, Keira Maguire has been scabbing off old mate Jarrod's Netflix account for over a year after their break up, and her new beau Matt Zukowski was the one who ratted her out!

In an entirely cringeworthy but extremely entertaining turn of events, Jarrod Woodgate has taken to Instagram to publicly shame his ex Keira Maguire, who he dated in 2018 after their Bachelor in Paradise romance, and her new boyfriend Matt Zukowski, who you might recognise from the second season of Love Island, for using his Netflix account, and can I be the first to say WHAT?

Jarrod shared a screenshot of a message sent to him by Zukowski, asking him where he’s up to in a Netflix show, and wow, the audacity of this guy!!

He wrote, “If you think that your Netflix account is getting hacked by Russian spies because it keeps saying ‘continue watching’ to shows you’ve never seen… CHANGE YOUR PASSWORD."

The PSA continued, "Cause it could be the ex you broke up over a year ago and her new boyfriend using your account. WTAF."

This situation is weird on so many levels, so let's break it down...

Firstly, there's the question of how Keira got away with this for so long? I need to know now.

Secondly, Jarrod was obviously aware of some suspicious activity, evidenced in his claims that he was weary of "Russian spies" hacking his account. So why did it take him so long to change his password?

Thirdly, why in Jarrod's mind are Russian spies watching Sex Education on his Netflix account anyways?!

Lastly, it takes either some serious confidence or just plain naivety to message your partner's ex about their Netflix account you've been scabbing off. Not only are you revealing yourself as the culprit, but in what world do you think they'd want to hear from you? Incredible.

I, for one, cannot wait to see if and how Keira responds this.

If you've ever found yourself in a similar situation, let us know in the Facebook comments.