IT SNOWED IN CANBERRA THIS MORNING! 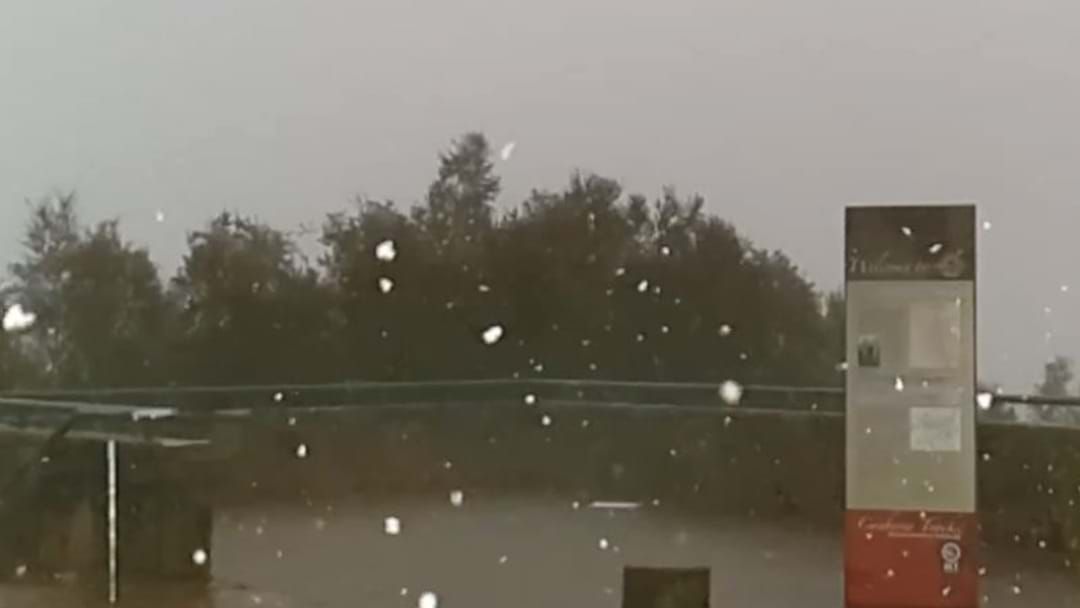 Some Canberrans were lucky enough to catch some snow flurries this morning!

Videos and pictures are doing the rounds on social media of snow falling at places like Mt Ainslie, the Brindabella’s and out at Royalla.

This video in particular attracted a lot of interest…

“The showers associated with it coincided with the coldest part of the morning. By chance, that meant the showers fell as snow in Canberra, certainly in the hillier suburbs,” he said.

“The light snow showers occurred in the hours just before sunrise and possibly a few flurries just after sunrise.”

Plenty of snow fell at our ski fields overnight, with around 25cm of the fresh stuff!

Mr Dutschke said it’s our snowiest week of the season so far.

Meanwhile, police have urged locals heading to the snow to be careful, with icy conditions on the roads.

Did you see snow around the region this morning? Post your pics and videos on our Facebook page!