It's Official, Cadbury's Marble Chocolate Is Coming Back To Aus 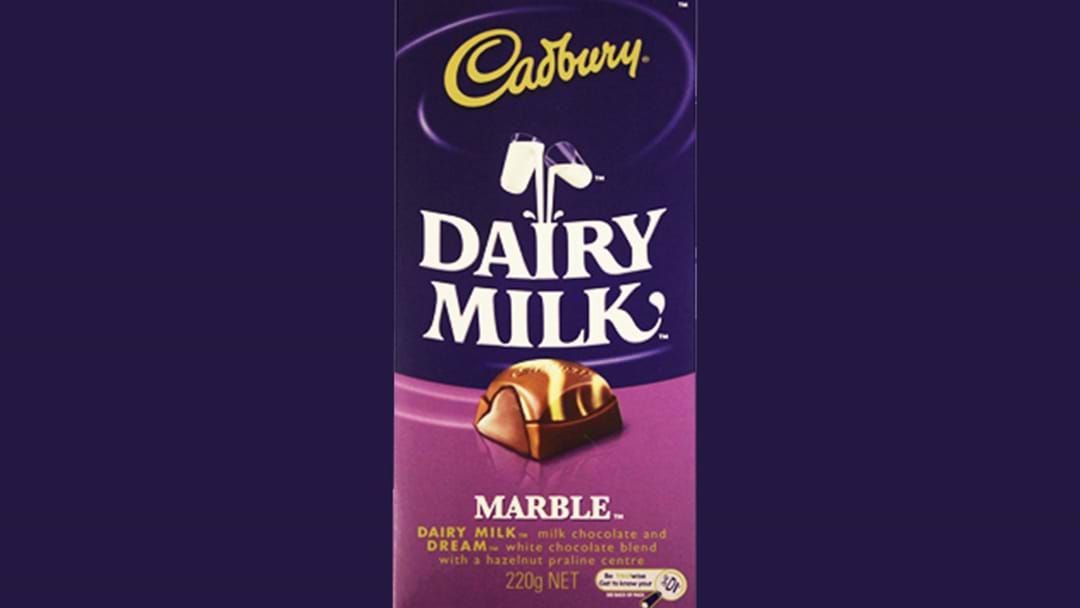 This is a true example of the power of social media, after much protest from an online angry mob of chocolatiers we can now thank you for your service.

The beautiful blend of milk and white chocolate filled with hazelnut praline was discontinued in 2017 but is set to hit shelves again this year.

This announcement comes just days after fan Facebook group Bring Back Cadbury Marble hinted the chocolate company had been in contact with the administrator and even sent through some product.

Although the set date is yet to be revealed, but it is safe to say we are thrilled and be checking the chocolate isle on the reg.