Introducing The MAFS Brides & Grooms For 2021!

We're SO ready for this season! 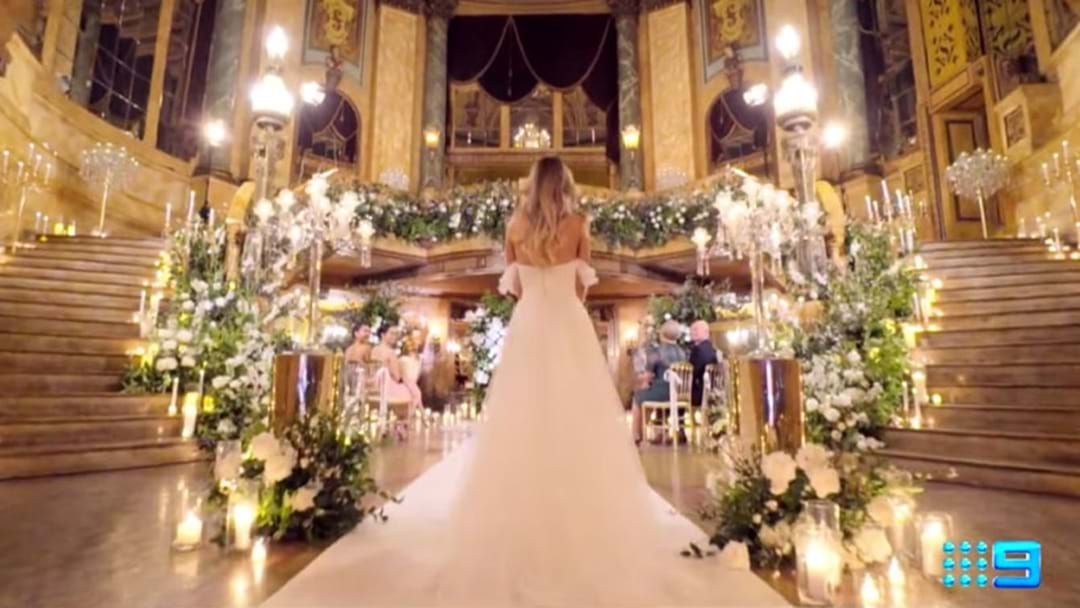 It's almost time! Married At First Sight Australia is getting ready for their 2021 season and 9now have posted all of the details about the brides & grooms who are set to link up this year. The eighth season of MAFS will be returning to our screen on February 22nd and here's who you can expect to see:

Rebecca is described as incredibly confident, direct and successful in her career. She was in a 10-year relationship with an ex-AFL player...so who could she be paired with? OH! How about the ex-AFL player in this season?

Alana is an energetic, fast-talking teacher with a heart of gold. She's been single for three years and finds it hard to date due to long hours at work. She's passionate about girl-power and empowering women.

Belinda is confident, quirky and has never had a boyfriend or been in a relationship. She's gone on three dates in her life and lives with her cat. We stan Belinda!

Beth has a lot of love to give. She's always wanted kids and is sad she may not have enough time left closing in on 40.

Booka splits her time touring with a heavy metal band as a singer and keyboard player and working in a psychiatric hostel.

Coco is an energetic and career-driven pilates instructor from Sydney. She was previously married, but it fell apart after six months because she felt like she was coming second to her mother-in-law.

Joanne is a go-getter, outgoing, adventurous and vivacious. This hot mum loves her work and her three songs. But, she wants to meet someone to share it with.

Melissa is extremely shy and introverted, and, has never been on a date. She lives alone and wants to find love.

Samantha is strong, driven and is a divorced single mum of two sons. She describes her looks as a "little bit of Aussie bogan" and is at home with power tools or camping with her sons.

Brett studies psychology and is an electrician. He also volunteers to assist the homeless and his dream is to open a treatment centre to help the vulnerable.

Bryce is confident, opinionated, outspoken and a great talker! Although, he can come across as cocky. We're a bit familiar with Bryce here at the Hit Network - he's an announcer at Hit 104.7!

Cameron is often misjudged as a bit of a meathead due to his tattoos and shaved head, but really, he's a "teddy bear". He is ready for a proper work/life balance after putting work before everything else.

Jake grew up in the country with country manners and is an ex-professional AFL player. Jake struggles to find a girl who doesn't take advantage of him. He wants someone to love him for himself.

James is a divorced father of three and has been single for a year. He describes himself as a "cheeky chappy" and the ringleader of social groups.

Jason is the life of the party! He's one of the boys and a true larrikin...and is still living the same bachelor lifestyle of his twenties. Jason has realised it's time to leave the partying in the past and is serious about finding The One.

Patrick is bubbly, friendly and upbeat who has been previously unlucky in love. He's ready to settle down and start a family - he has a lot of love to give!

Russell is an Aussie larrikin, loves to tell a joke and is happiest when he's drinking a beer or eating a steak. He works hard to distract himself and we're keen to see who Russell is matched with!

Sam is confident, sarcastic and outspoken. He's working in construction while pursuing his dream of launching two fashion labels. He's been single for three years.

The Bachelor's Alex Nation Reveals She Is Expecting Her Second Child!