5km into the sky. 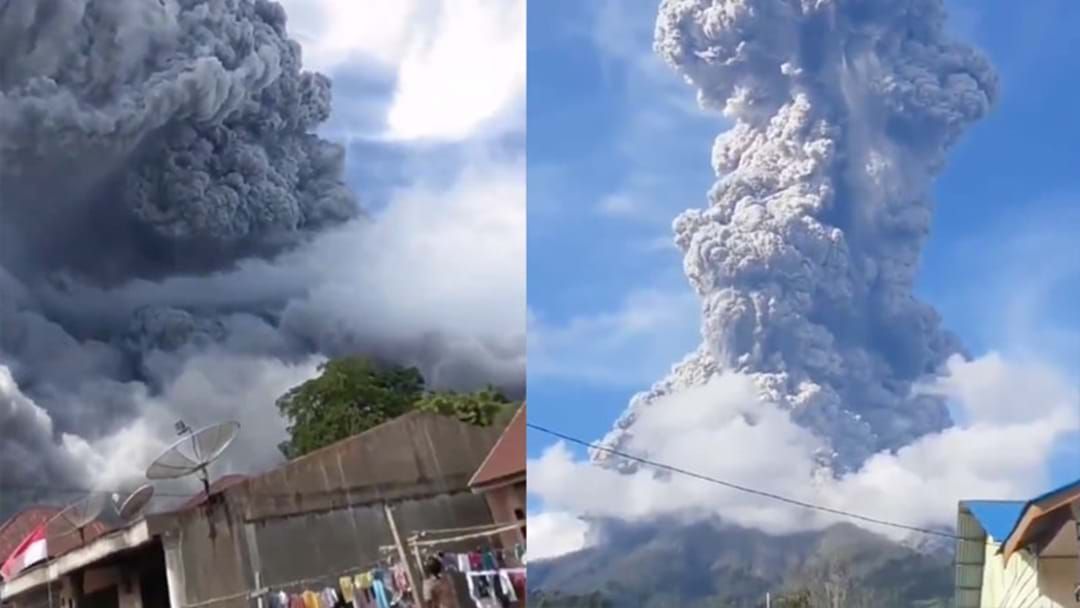 Indonesia's Mount Sinabung has erupted overnight, shooting thick smoke clouds 5km into the sky and sending ash over nearby communities.

No injuries or deaths have been reported, but authorities have warned locals of possible lava flows and more eruptions.

Residents are no longer allowed to live in the zone around the volcano.

Small communities nearby have seen the entire sky covered in thick ash clouds and have been advised to stay outside a 3km radius of the volcano and to wear masks to prevent the damage of falling ash.