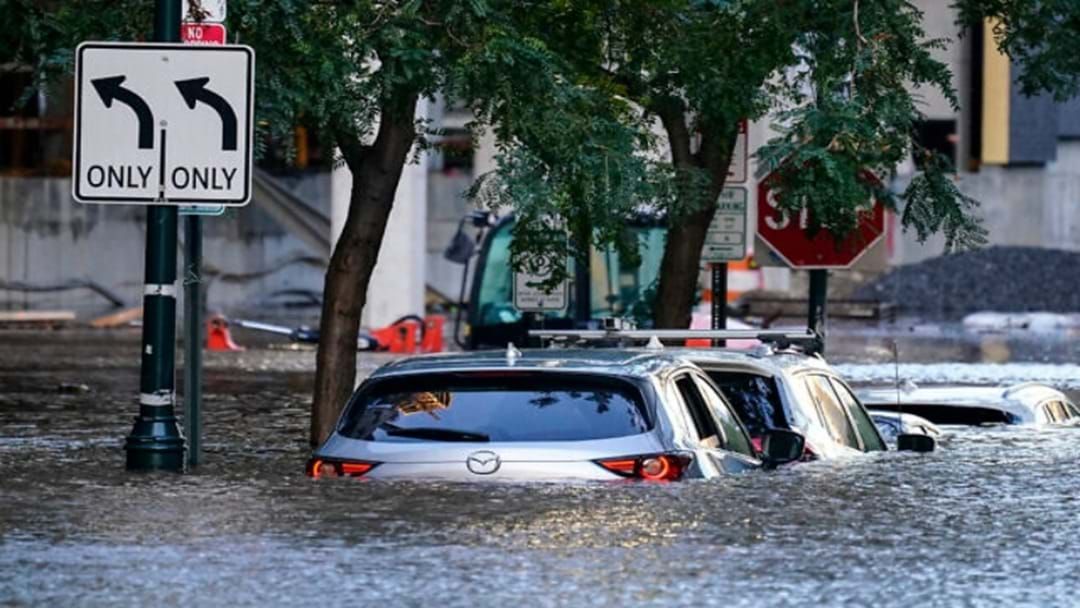 The United States face rising death tolls in the aftermath of Hurricane Ida as catastrophic floods, surging rivers and tornado damage decimate the East Coast of the country.

On Thursday [Friday AEST] the tail end of Hurricane Ida delivered a blaze of destruction north after hitting Louisiana over the weekend.

State emergencies were declared in New York and New Jersey on Wednesday [Thursday EAST] along with flash flood warning for New York City, urging residents to move to higher ground

Record breaking rain, flooding and other incidents related to the storm have seen at least 50 people killed from Maryland to New York, as well as forced road closures, swept away vehicles, submerged subway lines and flights grounded.

12 people are reported to have died in New York, including 11 low-income and working-class residents who could not escape their basements.

"Among the people MOST at risk during flash floods here are those living in off-the-books basement dwellings that don't meet the safety codes necessary to save lives," lawmaker Alexandria Ocasio-Cortez tweeted.

"These are working class, immigrant, and low-income people & families," she added.

Addressing the nation in a news conference on Thursday, US President Joe Biden recognised that America needs to be better prepared for natural disasters and climate events.

"The past few days of Hurricane Ida and the wildfires in the west and the unprecedented flash floods in New York and New Jersey is yet another reminder that these extreme storms and the climate crisis are here."

Hurricane Ida was the fifth most powerful storm to hit the US bringing maximum winds of 150mph and causing tens of billions of dollars in damage, and tragic loss of life.