Hunter Teen Pulled To Safety After Falling Down 15 Metre Cliff 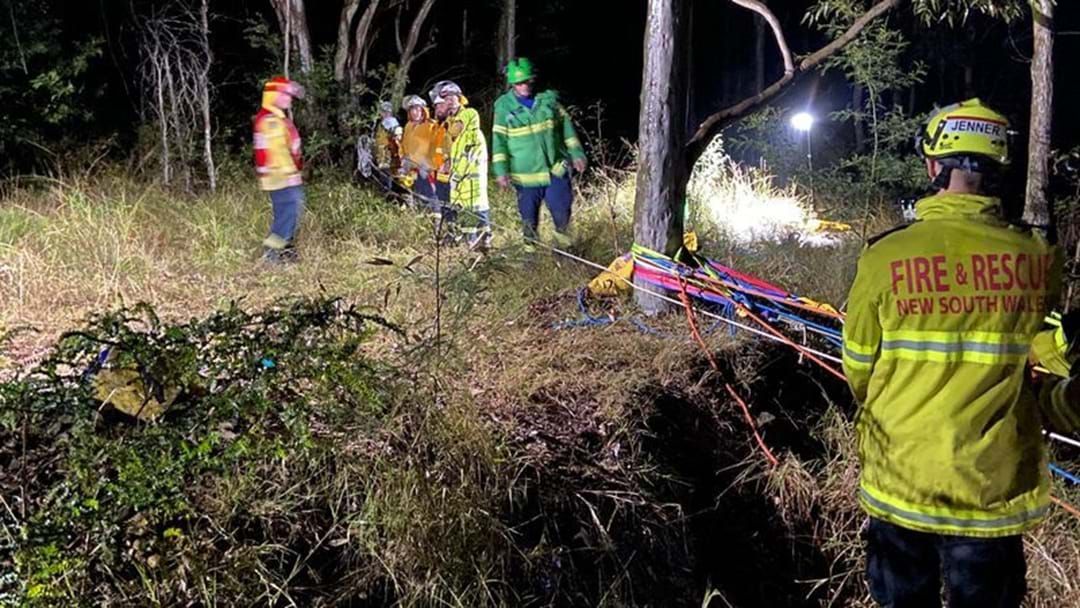 Rescue crews including paramedics, police and fire fighters have been praised for the rescue of a teenager who fell down a 15 metre cliff in the Hunter reason.

Emergency services were called out to the Hunter River Reserve at Greta at around 4PM on Tuesday afternoon following reports someone had slipped and fallen down a cliff.

According to a NSW Ambulance spokesperson, the teen had become “tangled in a tree”.

After arriving at the scene, three paramedics including a critical care paramedic abseiled down the cliff to rescue the teen at around 7PM.

The teen was then pulled up to safety.

Paramedics then transported the teen to Newcastle’s John Hunter Hospital to be treated for a broken leg.

"The patient was in an extremely precarious position a number of metres from the bottom of the cliff," he said.

"What was already a difficult and complex vertical rescue, became even more difficult as we lost the daylight and it started to rain."