HOW TO HAVE YOUR SAY ON CANBERRA’S A-LEAGUE BID 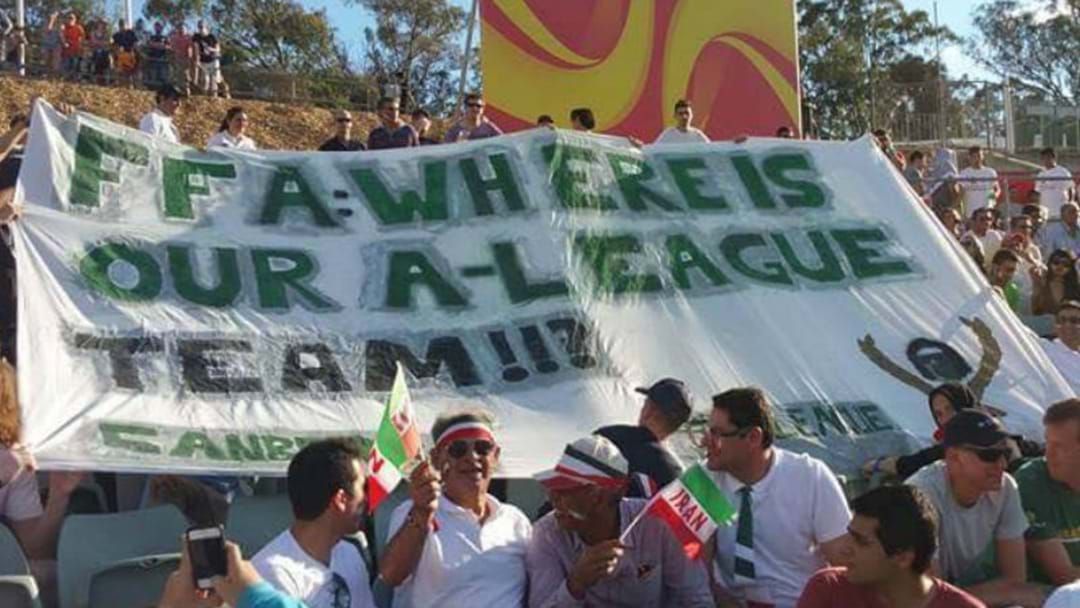 Canberra’s bid for an A-league team has made significant strides recently, with locals urged to have their official say for the first time.

A community forum kicks off at the Woden Hellenic Club on Thursday the 2nd of August at 6:30pm.

Fans can learn more about the bid and offer input on how they’d like the club to develop.

“This forum will be the first opportunity for fans to tell us what is important to them, and what we can do at this early stage to build a club that really connects with the local community,” bid organiser Michael Caggiano said.

“We think we’ve captured some of the most important points the members are initially interested in but we want them to help guide this conversation.”

The bid’s focused on creating a community-based club that builds ties with football communities from Canberra and the surrounding region and ensuring talented young players don’t get overlooked.

The campaign took a major step forward recently, when the FFA announced the bid had been shortlisted!

A final decision is expected in October this year.

Caggiano said the information offered up at the forum will be vital in guiding the club’s decisions.

“We will be using the feedback from this event to help us build a team that truly reflects the community it is representing.”

Anyone who’s signed up the club’s free Foundation Membership program can attend!

If the bid’s successful, it’ll be up to the members to decide the club’s name, colours, crest, ticketing and general operations.

To have your say, RSVP to the forum online!