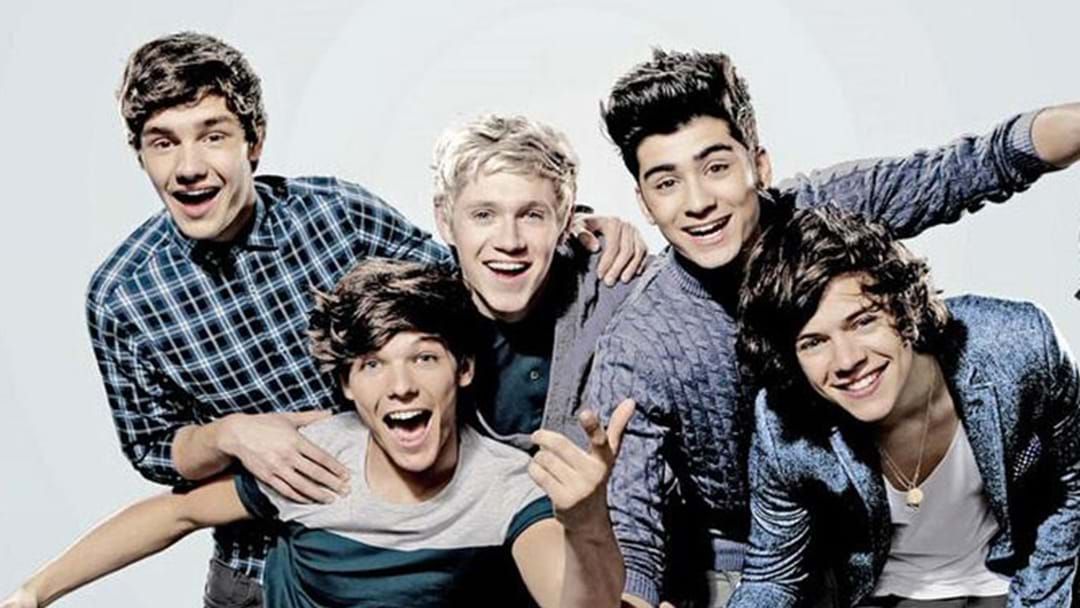 23 July, 2010 marks a VERY special day for the One Direction family; it’s the day our beloved boy band was formed and a whole lotta history was made!

In celebration of the 10-year anniversary yesterday, a special website 10yearsof1d.com was established as an interactive space for fans to explore the history of the group’s music, achievements, never-before-seen footage, memories and more!

On top of all this content, fans have been flooding social media with their own memories and tributes.

But what about the boys themselves?

How have Liam, Harry, Zayn, Niall and Louis celebrated the big anniversary?

Take a look at their posts below:

Liam posted THE moment he found out he had been saved by Simon on the X-Factor and redirected to a group!

“What a journey… I had no idea what we were in for when I sent this text to my Dad ten years ago at this exact time the band was formed. Thanks to everyone that’s supported us over the years and thanks to the boys for sharing this with me #10YearsOfOneDirection."

Harry shared this gratitude for what One Direction accomplished and his love for the other boys!

“I’ve been struggling to put into words how grateful I am for everything that’s happened over the last ten years. I’ve seen things and places that I’d only ever dreamt of when I was growing up.

“I’ve had the pleasure of meeting and working with some of the most incredible people, and gained friendships that I know I will treasure for the rest of my life. None of this would be possible without the support you’ve given along the way. And for that, I will be forever thankful.

“I just can’t believe it’s been ten years. Thank you to our crew, our team, and everyone else who helped us along the way. To all the fans, I love you, and I thank you with all my heart. You did it all, and you changed everything.

“And finally.. to the boys, I love you so much, and I couldn’t be prouder of everything we achieved together. Here’s to ten. H”

If there was anyone who truly sat back and soaked up the experience while One Direction was at the height of their career, it was our sweet Niall!

“when I met these four gents there was no way I thought we would go on to do what we did. So many unbelievable memories we shared together.

“We felt the adoration of millions from around the planet on a daily basis and it was mind blowing. It’s such a major part of our lives and always will be.

Cheers to US today boys and thank you to all you beautiful people who have supported us over the last 10 years. @liampayne @harrystyles @zayn @louist91 ❤️ #10yearsofonedirection"

Louis shared the group's first EVER photo taken. Look how little they all were!

"Our first ever photo together. The memories we've shared together have been incredible. Can't believe its been 10 years already. I look back incredibly proud. Thanks for everything lads and love to you the fans as always x"

Zayn is yet to post about the anniversary, however, fans suspect there are more surprises to come. Despite no longer being a part of the band (WHO ARE ON HIATUS) he could be part of a video reunion message or something?

If not, we’ll just play his high note from You And I on a loop as a way to include him!

Zayn is also set to become the THIRD One Direction member to become a dad which shows just how much time has flown by.

Cheers to 10 Years of One Directions!