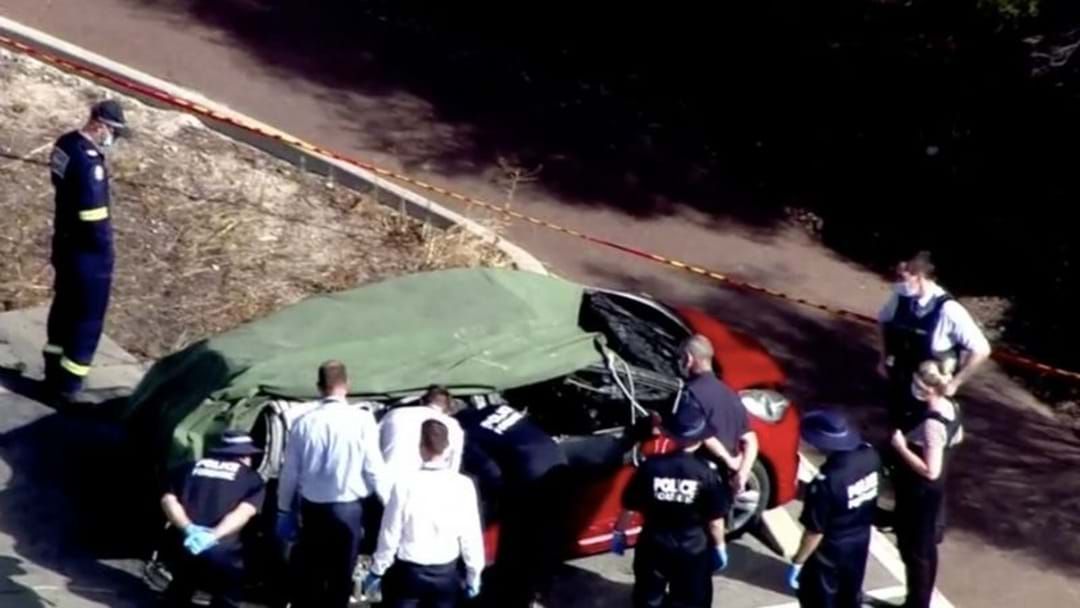 Police were called to the scene at around midday yesterday after fire fighters responded to reports of a blaze at John Graham Reserve.

After containing the blaze, police covered the vehicle with a tarp as they investigated the contents of the car.

One person was initially confirmed dead with police later revealing three bodies were found inside the vehicle.

Homicide investigators are currently trying to determine whether the deaths were the result of a murder-suicide.

A witness spoke with nine news yesterday saying he heard a number of gunshots prior to emergency services arriving on the scene.

Police are asking anyone who may have visited the reserve between the hours of 11AM and 12PM on Monday morning to contact police.

Anyone with CCTV or dash-cam footage of the incident are also being urged to contact Crime Stoppers on 1800 333 000.