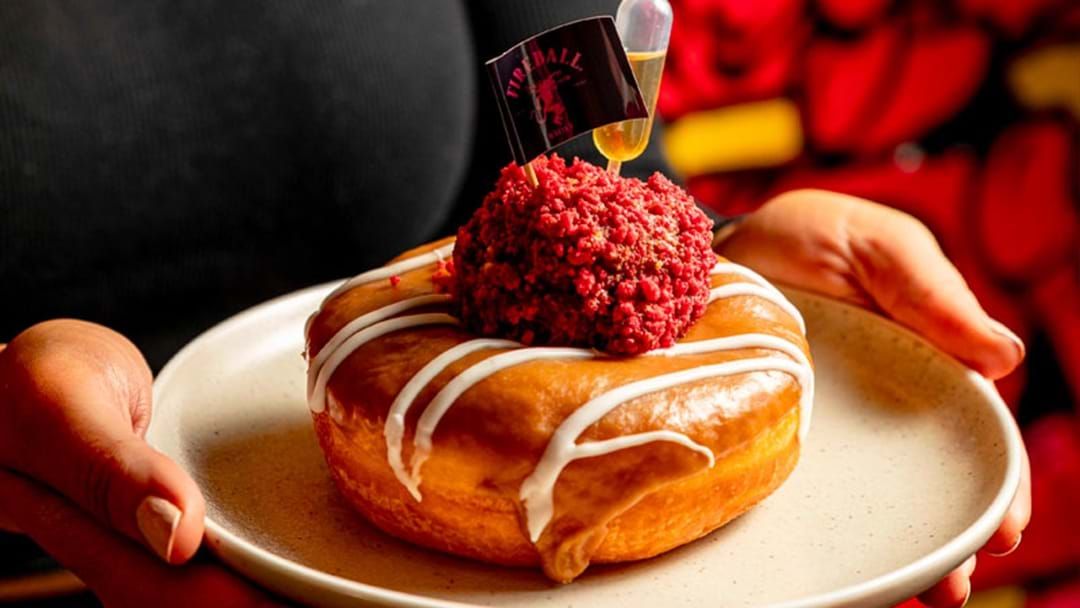 This is sure to add some spice to your year!

The legends over at Sydney’s Donut Papi have teamed up with whisky brand Fireball to bring us a new boozy treat.

The new ‘Fire in the Hole’ donut sees a yeast-raised base donut with butterscotch and whisky infused glaze, drizzled with a pure Fireball icing.

To make things that little bit extra, the donut is topped with a separate red cinnamon-crumbed, flaming Fireball-cake donut ball.

The ball is spiced with nutmeg, vanilla, cinnamon, chunks of apple (soaked overnight in Fireball whisky), and finished with a spiced apple Fireball glaze.

We’ll give you a moment to let that sink in.

These fiery donuts will be available from Friday, 4th September for only two weeks!

You can find the ‘Fire in the Hole’ donut only at Donut Papi in Redfern, Surly’s American Tavern, The Big Easy and Hustle & Flow Bar for $8.50.