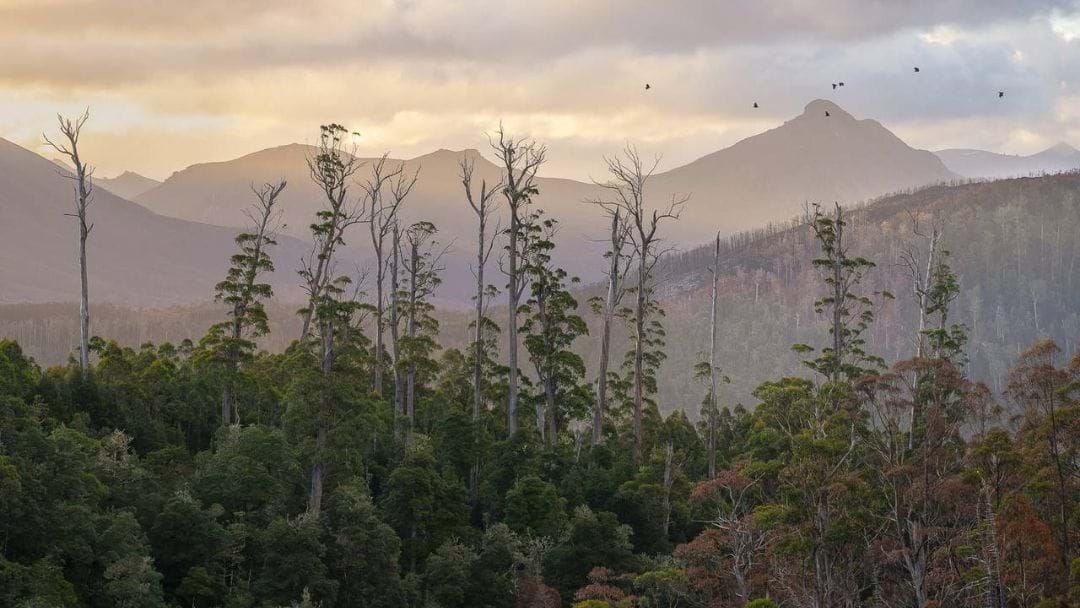 Hobart photographer, Matt Palmer, has been named the 2019 AIPP Australian Professional Photographer of the Year for his powerful landscape images depicting the devastation caused by climate change.

The Australian Institute of Professional Photography (AIPP) awards presentation is a culmination of three days of intense photography judging by experts in the photographic industry.

Mr Palmer, 36, a former Brisbane photographer, now living in Hobart, is a passionate environmentalist and says landscape photographers have a responsibility to tell stories of the changing world.

“The photographs I submitted this year came at a great cost, as 3.5% (approximately 500,000 acres) of Tasmania burned during the summer past.

“Habitats were destroyed, pristine forest, natural communities of rare plants, trees and animals were wiped off the earth by firestorms that were unfathomable in size and inescapable.

“The aftermath made for dramatic photography, but in taking something from the Earth, I am left owing something”, Mr Palmer said.

Mr Palmer says his photography is an attempt to repay his debt to nature, captured in places he visited before the fires and telling the story of their transformation.

The image of ‘cockatoo in a tree’, taken in the Hartz Mountains area south of Hobart, was taken after the land had been cleared by forestry.

“The only reason I could photograph the yellow tree so clearly was the land I was standing on had been completely cleared.

“I was standing on a hill of nothing more than mud and burnt tree trunks”, Mr Palmer said.

Other images show the regeneration of a charred eucalypt tree after the devastation of the Tasmanian fires and an image of a lake in the Cradle Valley.

Mr Palmer says while the lake looks like pristine wilderness, most of the lakes are contaminated.

“Decades of mining have left the lakes with hazardous levels of lead, copper and arsenic”, Mr Palmer said.

“Photography has helped me see the world in a different way and motivated me to experience moments such as standing in 100kmph winds on the Tarkine Coast, watching 6m waves crashing into the jagged rocks”, Mr Palmer said.

Mr Palmer is renown in the photographic community for bringing awareness to social issues.

In 2016, Mr Palmer launched the ‘Faces of Islam’, a project to help demystify Muslim people and eliminate false stereotypes.