Entertainment NewsHere Are The Top Ten Best Things To Come Out Of 2020!

Because our glass is half full... 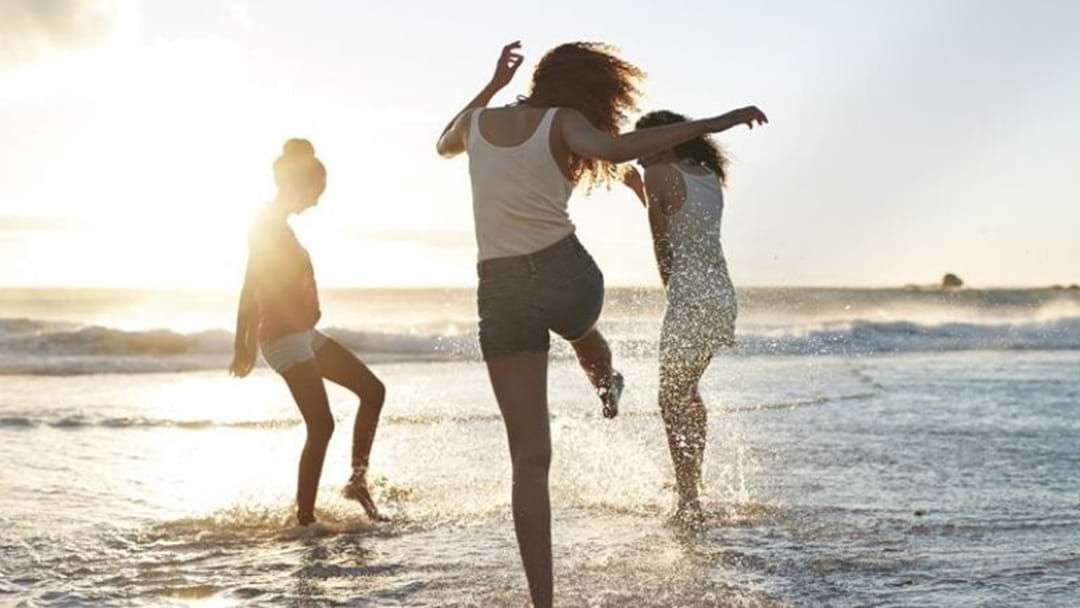 So far, this year kind of feels like the movies Purge and Contagion got together, had a baby and named it 2020 and to be honest, it's been pretty bloody overwhelming.

With our attention mostly occupied by dark news headlines, we feel like it could be beneficial to focus our attention on some of the genuinely good and wholesome stuff to come out of the first half of 2020.

For example, let's start with our favourite and always loyal streaming services...

I don't know about you, but I've managed to shamelessly binge-watch all of the TV shows I've had on my watch list thanks to Stan and Netflix. In one fell swoop, I managed to tackle new shows like Dead 2 Me & White Lines and absolute bangers like Breaking Bad and of course, Friends (which you can never see too many times).

2. Wearing trackies or PJs to work is no longer frowned upon

This could possibly be my absolute favourite part of this year. Gone are the days of suits, sensible footwear, makeup and bras because loungewear has completely taken over and I don't know if we will ever be able to turn back. This loungewear trend has become such a vibe that our bodies are beginning to evolve to suit our surroundings... I'm talking about 'Ugg boot foot', it's a real thing, I swear.

3. Filling up your car with petrol once a month

My pockets are absolutely singing with all of the cash I've saved on petrol. Not only were service stations dropping their prices for a brief period of time there, but our lack of ability to leave our houses meant we could fill up our cars to the absolute brim and survive on that same tank of petrol for weeks.

4. The completely reasonable amount of personal space we get in public places

This is probably a bit controversial, but the 1.5 metre space thing was actually a goddamn blessing when it came to grocery shopping. No longer are we dealing with aggressive elbows from pushy Karens collecting toilet paper, no longer do we feel the hot breath of the way-too-keen person behind us, waiting impatiently for the self checkout counter.

This is something we should totally take into next year if you ask me.

5. Less pollution around the world

This is just brilliant! A few weeks after lockdown came into effect, satellites showed a significant drop in nitrogen dioxide levels around the world. Not only were pollution levels dropping but nature began taking over once again with the water in Venice becoming so clear, you could actually see the creatures living in the canals, while in other areas of the world, timid animals began expanding their territories and exploring usually, highly populated areas.

With many of us working in close proximity to our fridges, frequent snacking was all too easy which meant that gaining weight was almost a guarantee. To battle the gradual weight gain, home workouts have quickly become a a popular trend, with some big names putting out free online home-workout plans to help with our weight loss goals.

Chris Hemsworth was just one of the people offering Australians free workout videos which many of us preferred to sit and watch in our trackies, snack in hand rather than participating in...

So many people will be leaving lockdown with an impressive new skill after this is all over! Some of us picked up new languages & musical abilities, while others finished puzzles, paintings and finally found the time to read that book they bought two years ago and never got around to reading.

I dare say, we can also expect to see a bunch of new podcasts released over coming months.

8. Everyone is back in the kitchen living their best Masterchef life

All of this COVID-19 stuff just so happened to coincide with the release of Masterchef 2020, which undoubtedly has inspired Australians everywhere, to jump back into the kitchen and experiment with some new flavours and recipes.

If this does not melt your heart, I don't know what will! According to the RSPCA, there has been a massive increase in animal adoption since COVID-19 hit, with Australians now able to spend more time settling their fur babies into their new home.

Apparently, the number of dog adoptions has increased by 45 percent, in comparison to the same time last year, while cat adoptions have increased by 20 percent. Petrescue.com.au had even more impressive numbers for us, with adoptions more than doubling over a one month period....

I'm not crying, you're crying!

10. Less traffic and a drop in road fatalities

So this is pretty self explanatory... with no where to go, Australians are opting for drinking at home, rather than drinking and driving with statistics reflecting that road fatalities dropped to 75 nationally over the month of April. This is a 25 percent drop from last year and a 25 percent drop from March. Unbelievably, Tasmania had zero, yes ZERO, road fatalities over the month of April with less people leaving home during lockdown.

So there you have it, 10 GREAT things about the first half of 2020, with no doubt, more great things coming our way as restrictions ease and life slowly begins to get back to normal. Let us know what other great things we might have missed in the comments!

Miss the show? Tune into the catch-up with Hughesy & Ed below...