Dozens formed a guard of honour 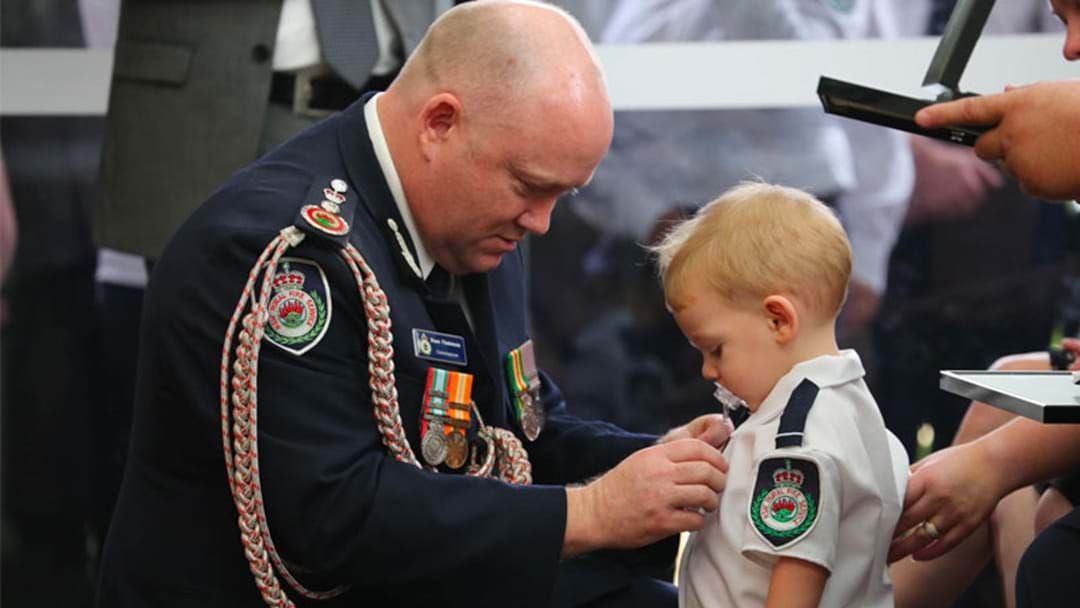 The RFS later released photos from the emotional service, showing the moment Geoffrey’s 19-month-old son accepted the Fire Commissioner's Commendations for Bravery and Service medal on his behalf.

Harvey Keaton dressed in a NSW Rural Fire Service uniform with a dummy in his mouth as he received the award.

Dozens of firefighters formed a guard of honour to salute Mr Keaton's coffin.

Geoffrey Keaton and fellow firefighter Andrew O'Dwyer passed away on December 19th when their firetruck hit a fallen tree. The pair were on their way to fight NSW blazes and protect lives and property.

Next week, a funeral for O'Dwyer will take place.

Find out HERE how you can help deliver funds and resources to those affected.