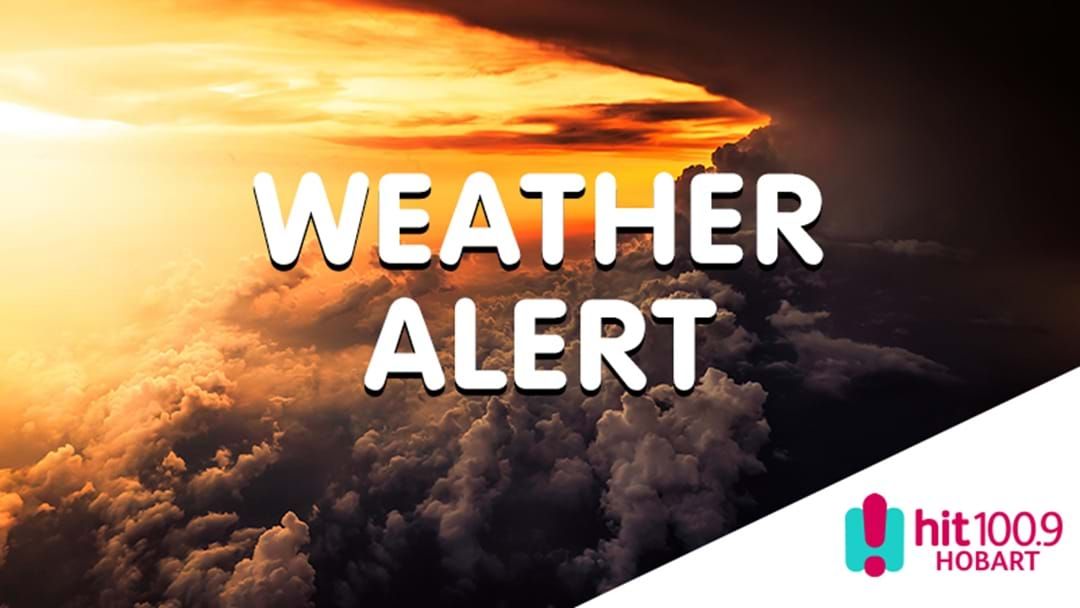 Major roads in the CBD are significantly affected by floodwaters and debris, and power outages are affecting some traffic lights. The roads are unlikely to be open for several hours.

It is requested that people with medical emergencies only present at the Royal Hobart Hospital.

Significant delays are expected across the CBD as roads remain closed across peak hour.

*TAS POLICE UPDATE AS OF 10AM AEST*

Emergency services are continuing to respond to an extreme weather event in the greater Hobart area overnight.

Several people were rescued by emergency crews, with Tasmania Fire Service crews assisting Police in rescuing two people whose car became stuck in flood waters in Risdon Road, New Town, when they attempted to drive through it.

Fire fighters also rescued a security guard from an alarm monitoring room at UTAS Sandy Bay campus. He was trapped as the room, which had no windows, filled with water. The man was luckily uninjured but shaken by the experience.

Major roads in the CBD are significantly affected by floodwaters and debris, and power outages are affecting some traffic lights. The roads are unlikely to be open for several hours.

It is requested that people with medical emergencies only present at the Royal Hobart Hospital.

SES advises that evacuation centres have been established at Mathers House at 180 Bathurst Street (next to the State Library) and in Kingston at 99 Beach Road (behind Raine and Horne Real Estate) for people requiring information support or shelter. Local council staff will be available to assist.

Road closures include (update as of 10am AEST by Tas Police);

Sandy Bay Road between Nelson Road and Maning Avenue in Sandy Bay is closed until further notice and vehicles were originally asked to use Churchill Avenue as an alternative route.

Police now as motorists to avoid the area altogether if possible as congestion is building up causing long delays.

Up to date road closures can be found at www.police.tas.gov.au/community-alerts

Due to the widespread flooding in Southern Tasmania, road closures and power outages a decision has been made to close a number of schools to ensure safety of both students and staff.

The following schools are confirmed as closed for the full day of 11 May:

In addition, all Catholic schools in the greater Hobart region and the Hobart TCEO Offices remain closed today

The following schools (Lady Gowrie After School Care Programs) are confirmed as closed due to widespread flooding, road closures and power outages:

The following Child and Family Centres are confirmed as closed on 11 May 2018:

The following Libraries are confirmed as closed on 11 May 2018:

Council crews continue working through damage reports across Kingborough. Crews are prioritising urgent requests and will attend when they are able.

Many roads are affected by floodwaters and debris. Stormwater has overflowed contaminating the floodwaters.

Taswater has issued a warning about the toxicity of the floodwater on the east coast and around Hobart.

Flooding rain mixed with storm water means floodwater could contain sewerage and the public is being asked to avoid contact at all costs.

The water authority says they are working closely with police, Councils and the SES as part of the Southern Regional Emergency Management Committee.

The organisation says their main priority is the safety of the public and their staff are only able to respond to the most urgent incidents.

Taswater crews will assess the full impacts of the event, once the weather has improved sufficiently.

Emergency services have received hundreds of calls for assistance – wind damage to roofs and sheds and trees blown over. There have been flash flooding events in Blackmans Bay, Kingston, Sandy Bay and the Hobart CBD.

SES crews have been triaging calls and responding to the most urgent. Crews are continuing to work through requests for assistance. There are no reports of injuries at this time.

SES advises that evacuation centres have been established at Mathers House at 180 Bathurst Street (next to the State Library) and in Kingston at 99 Beach Road (behind Raine and Horne Real Estate) for people requiring information support or shelter. Local council staff will be available to assist.

The weather event is persisting and further wind and heavy rain is expected between 8am and midday, and people are urged to be prepared and avoid unnecessary travel.

SOME OF THE DAMAGE

DAMAGING SOUTH TO SOUTHEASTERLY WINDS DURING FRIDAY, AND HEAVY

A broad area of low pressure lies east of Flinders Island and will track closer to the island during this morning before moving slowly away to the northeast this afternoon.

DAMAGING SOUTH TO SOUTHEASTERLY WINDS, averaging 60 to 70 km/h with peak gusts up to 100 km/h, are expected to continue about the east, south and west Tasmanian coasts, then extend further inland during this morning.

Note that strong southeasterly winds are reasonably uncommon over Tasmania so

impacts may be different to what is usually experienced in windy conditions.

HEAVY RAIN which may lead to FLASH FLOODING will continue for eastern, southern

and central districts during Friday. This includes the Hobart area. Further rainfall rates

around 20 to 30 mm per hour are possible, with thunderstorms expected about eastern

districts during the morning.

Rainfall is expected to decrease in the south during the afternoon, and in the northeast

Locations which may be affected include Launceston, St Helens, Swansea, Hobart,

* Check that family and neighbours are aware of warnings.

* Be prepared in case of power outages.

* Beware of damaged trees and power lines and take care when driving.

* Clear drains and gutters on premises prior to severe weather arriving.

* Do not walk, ride or drive through flood waters.

* Listen to local radio or check www.ses.tas.gov.au for further advice.

The next Severe Weather Warning will be issued by 11:00 am AEST Friday.

Hobart: due to wet weather and road closures, several CBD services will be affected and services through out the Hobart network will experience delays this morning. Services are currently accessing the Hobart bus mall as normal. For further information on services please contact 13 22 01. All further updates will be provided via this post.

– Lenah Valley Routes 551 to 553 are commencing from the first stop on Augusta Rd past Creek Rd as Kalang Ave and the terminus are closed.

– Routes 550 and X50 are diverting via Devines Rd, Springfield Ave, Main Rd, Creek Rd, Augusta Rd then as per normal route due to flooding on Barossa Rd.

– Seven Mile Beach Routes 664, 665, X64 & X65 ARE UNABLE TO SERVICE SEVEN MILE BEACH due to a tree blocking the Esplanade. All services are travelling via Estate Drive.

– Routes 560 and 561 (Goodwood & Lutana) are unable to travel via Risdon Rd at the Brooker Hwy, services are instead travelling via Derwent Park Rd, Main Rd, New Town Rd, left at the Maypole into Risdon Rd, then right into Park St.

– All outbound Eastern Shore services are turning left into Argyle St, right into Bathurst St then via Liverpool St to the Tasman Hwy. The stop on lower Macquarie St between Campbell St and Brooker Ave will not be serviced until further notice.

– Inbound and outbound services between Kingston and the City via the Southern Outlet are bypassing Browns Road until further notice due to unsafe conditions.

- Macquarie St is severely congested which will cause significant delays to southern services and have a ripple effect throughout the network.