With all sorts of fun venues! 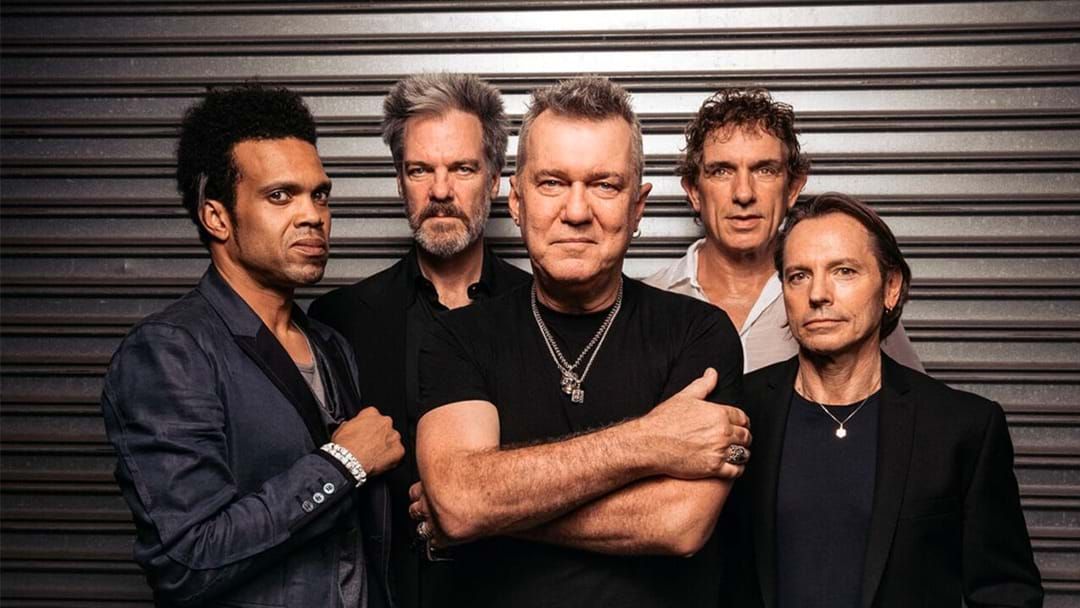 The band's classic songs like Khe Sanh, Flame Trees, Bow River, My Baby, Cheap Wine, Saturday Night and You Got Nothing I Want have become the soundtrack to our summers.

If that sounds like a perfect day out to you, you're in luck because Cold Chisel have JUST announced their first ever outdoor summer tour, Blood Moon Tour 2020, playing 14 special outdoor shows in Australia and New Zealand this summer, playing on the beach, by the river and in the bush and quite possibly the last Cold Chisel tour.

Announcing the news in press conference streamed on Facebook today, the band's frontman Jimmy Barnes said it could be the final chance for fans to experience Cold Chisel live saying; "Maybe the last... if they miss it they'll be really f**king sorry".

It’s called the Blood Moon Tour 2020 - named after a rare lunar eclipse where the sun, earth and moon all briefly align before returning to their own orbits.

Fittingly the tour will boast a series of line-ups that are as rare and memorable as a Blood Moon.

In Sydney, Cold Chisel will be joined by the mighty Hoodoo Gurus.

Paul Kelly will be welcomed on four shows including Tamworth where he will be joined by country music icons Kasey Chambers and Troy Cassar-Daley.

Both WA shows will feature a “Best Of The West” line-up that includes hometown heroes like Birds Of Tokyo, Jebediah and Gyroscope while other guests to appear on at least one show include The Teskey Brothers, Busby Marou and The Detonators.

Beloved Kiwi band The Mutton Birds will reform just for the New Zealand gig while Birds of Tokyo will feature on seven different gigs and Magic Dirt on six. Every line-up is special.

Check out the details below:

All other show tickets can be found at ticketmaster.com.au

Tuesday, 7 January 2020
All Saints Estate, Rutherglen VIC
A DAY ON THE GREEN
With Birds of Tokyo and Magic Dirt

Friday, 10 January 2020
Rochford Wines, Yarra Valley VIC
A DAY ON THE GREEN
With Birds of Tokyo, Magic Dirt and The Detonators

Saturday, 1 February 2020
Heifer Station Wines, Orange NSW
A DAY ON THE GREEN
With Birds of Tokyo and Magic Dirt

Wednesday, 5 February 2020
Wharepai Domain Tauranga, NZ
With special guests The Mutton Birds and The Bads and
introducing Sit Down in Front

Saturday, 8 February 2020
Sirromet Wines, Mount Cotton QLD
A DAY ON THE GREEN
With Birds of Tokyo and Magic Dirt