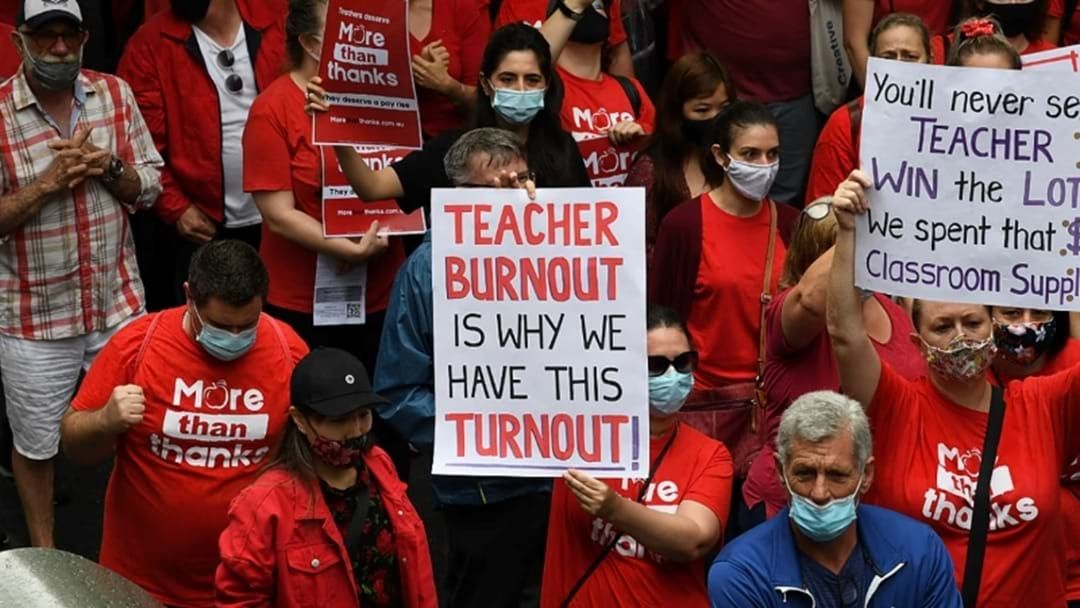 For the second time in almost six months, NSW teachers are striking in a push to address teacher shortages and conditions.

"What it's saying is that the children of tomorrow can pay the price for the neglect of politicians today," he said.

"Kids only have one chance, are they really suggesting that we lower standards?"

It follows the Union rejecting a last-minute bid from the state government to delay the action until after next month's budget.

Education Minister, Sarah Mitchell on Tuesday said the award negotiations for teachers was set to be heard in the NSW Industrial Relations Commission this month.

“The premier has made it clear in comments that he’s made that the government is looking at the wages policy as part of those budget considerations, and therefore I would like IRC determinations to be made after the budget,” she said yesterday.

“I have relayed that to the Teachers Federation...in good faith, and asked them to consider their industrial action"

“So, the onus really now is on union bosses to make decisions about what they want to do,” she said.

But the NSW Teachers Federation confirmed the strike would go ahead after the union had been attempting to negotiate on wages since early last year.

“We have been very patient,” Mr Gavrielatos said.

"The shortage is getting worse, the government must act," he urged.