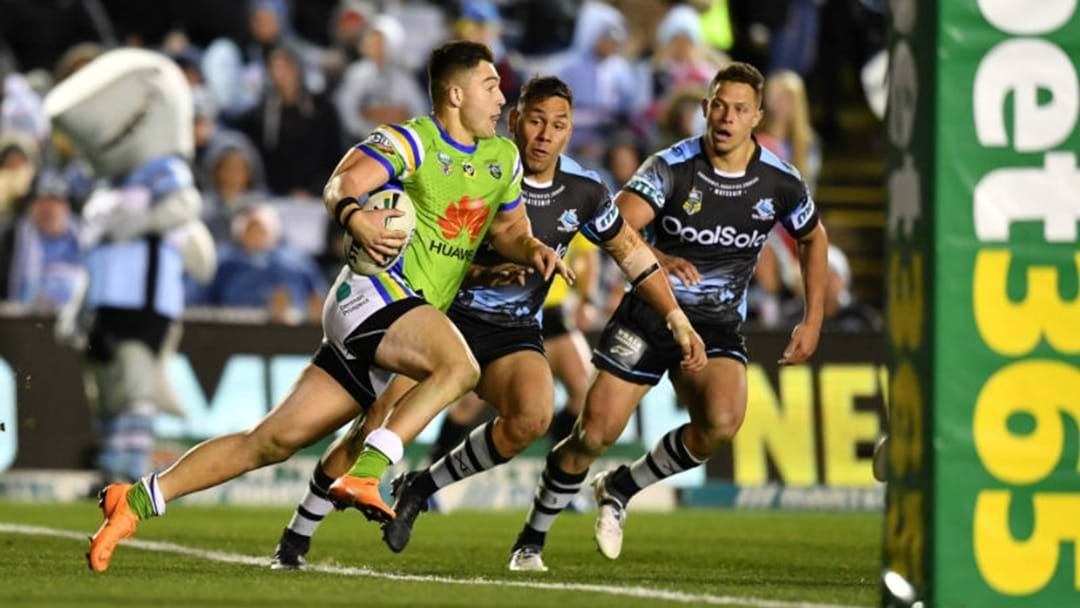 The NRL is likely to cop more backlash, after their latest decision involving referee Gerard Sutton.

He’s survived referee selection, despite his role in that controversial game between the Raiders and Sharks in round 19.

Sutton was tipped to be dropped but was named to officiate Sunday’s clash between the Titans and Warriors.

Assistant referee Gavin Reynolds and touch judge Ricky MacFarlane have been demoted, while video officials Luke Patten and Henry Perenara have kept their posts in the bunker.

Greenberg also affirmed, the bunker is here to stay.

Sutton was the head ref in Friday’s match, which saw the Raiders go down to the Sharks, 28-24.

The Sharks were awarded a try and the Raiders disallowed one late in the game – causing outrage on social media.

But the Raiders insist they’re moving on and focused on this weekend’s game against the Storm in Melbourne.

What did you make of the Raiders vs Sharks game? What punishments, if any, should the refs have copped? Have your say on our Facebook page!