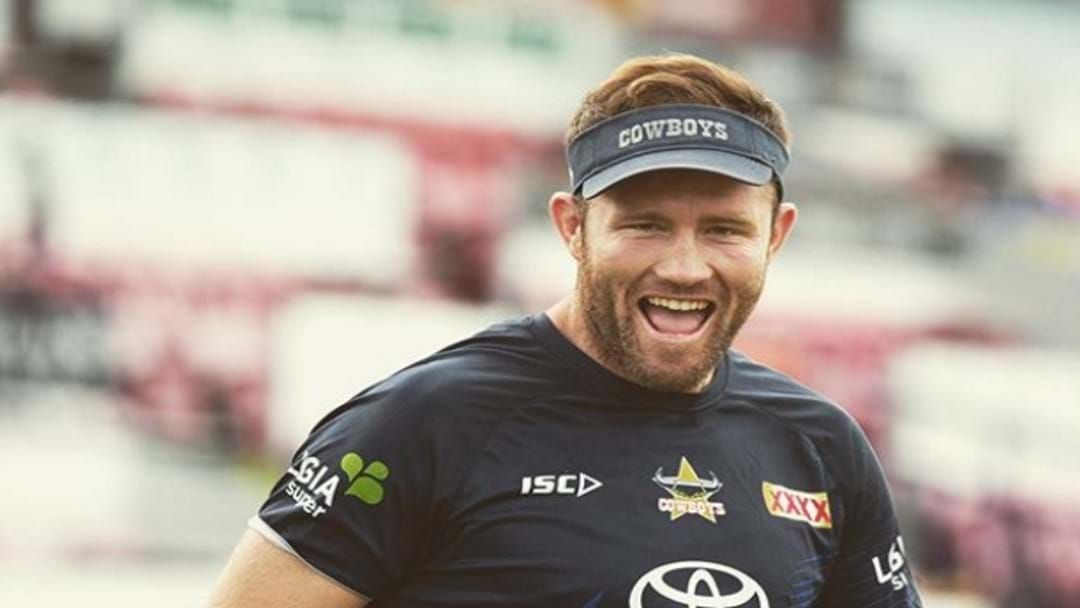 This Sunday Cowboys star Gavin Cooper will run on the paddock for his 300th game.

The dad of two isn’t down-playing the milestone, but rather is being humble about the match against the Roosters.

“Once Sunday morning rolls around, it’ll be a pretty special day,” said Coopz.

“It’s a big milestone weekend for the NRL, so good to have my name mentioned alongside those guys who have played 300 games.”

When asked how an NRL player gets to reach 300 games, Coopz admitted it’s not just talent.

So what happens now after such a huge career highlight?

“There’s a lot of great memories throughout the 300 and it’s not finished yet,” says the 33-year-old.

Coopz started his NRL career with the Cowboys back in 2006, before moving onto the Titans and Panthers and then returning to the blue and grey in 2011.

“It would’ve been nice to play 300 at one club, but when I did leave I was always comfortable that one day I may come back.”

We wish Coopz all the best for his 300th game and the rest of his time on the footy field!

TOWNSVILLE'S OWN NINJA WARRIOR IS THROUGH TO THE NEXT ROUND!!