Melbourne NewsGAMING FACE ON: A Massive Map Of The Melbourne CBD Is Now Available In Minecraft

GAMING FACE ON: A Massive Map Of The Melbourne CBD Is Now Available In Minecraft

An initiative by the Metro Tunnel. 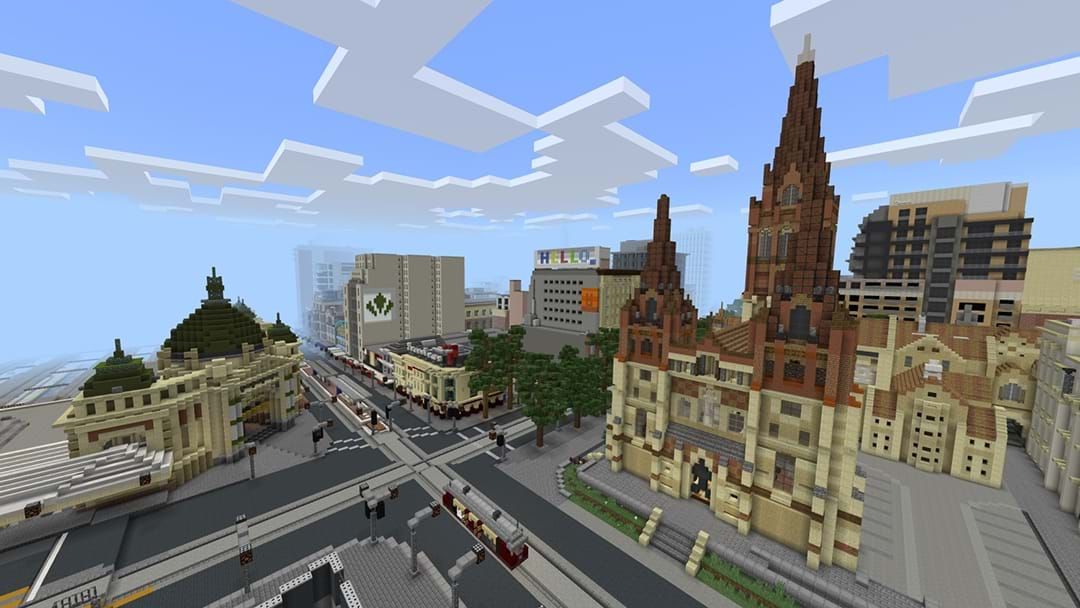 If you know kids under the age of 16, you’ll have heard of the craze that is Minecraft. The building and exploration game was released ten years ago and is still a staple in every household.

Over the years, Minecraft has become an educational tool and Vic Government have taken advantage of that by creating Mini Melbourne. It’s a world-first experience for local students.

The interactive map shows off 600,000m2 of the Melbourne CBD and can be downloaded across the world. Users can travel through the streets, view landmarks and enter famous buildings.

Even though you could spend hours running around the city, its main purpose is educating the masses about the new Metro Tunnel project. Kids and kids-at-heart can dig up the construction sites in search of archaeologic artefacts and find gems across the city.

One kid told 7News Melbourne they found a ‘drop bear’ in one of the parks. It’s very unrealistic, but it’s Minecraft so anything goes.

We’ve released TWO clues for Fox FM’s $50,000 Secret Sound – does it make it easier? Listen, guess away and you could pocket $50k! Hear it here and keep it on the Fox for that cue to call on our app – App Store | Google Play

Fifi is in shock after a near death experience…