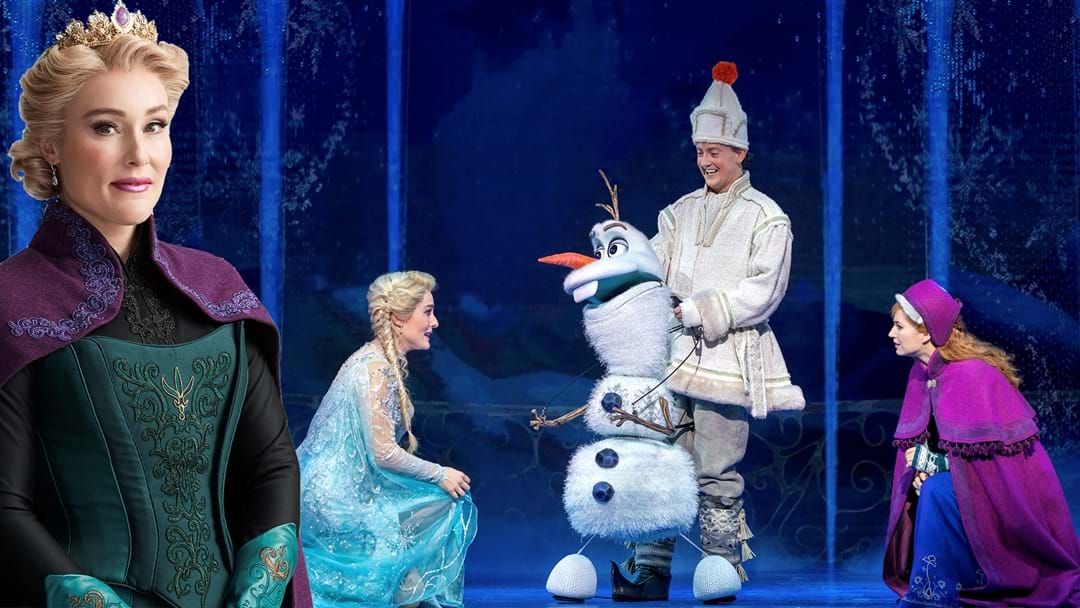 While live events have been few and far between over the last 12 months, a mammoth effort has gone into bringing the iconic hit Broadway show 'Frozen The Musical' to Australia.

Based on the incredibly popular movie, the show has been playing at the Capitol Theatre in Sydney under strict measures to ensure patron safety... while also allowing everyone to enjoy the magic (quite literally) of the show.

When Entertainment Reporter Justin Hill caught up with star of the musical, Australian stage performer Jemma Rix (Wicked, Evita), she revealed what process she goes through ahead of each show in preparation to sing the iconic song 'Let It Go'.

While Jemma may transform each night into our favourite snowy-haired Queen Elsa, Justin asked her if she had the chance to play another character, who would it be?

To get your tickets to see Disney's Frozen The Musical Australia (there are some great seats for Feb!) click here.