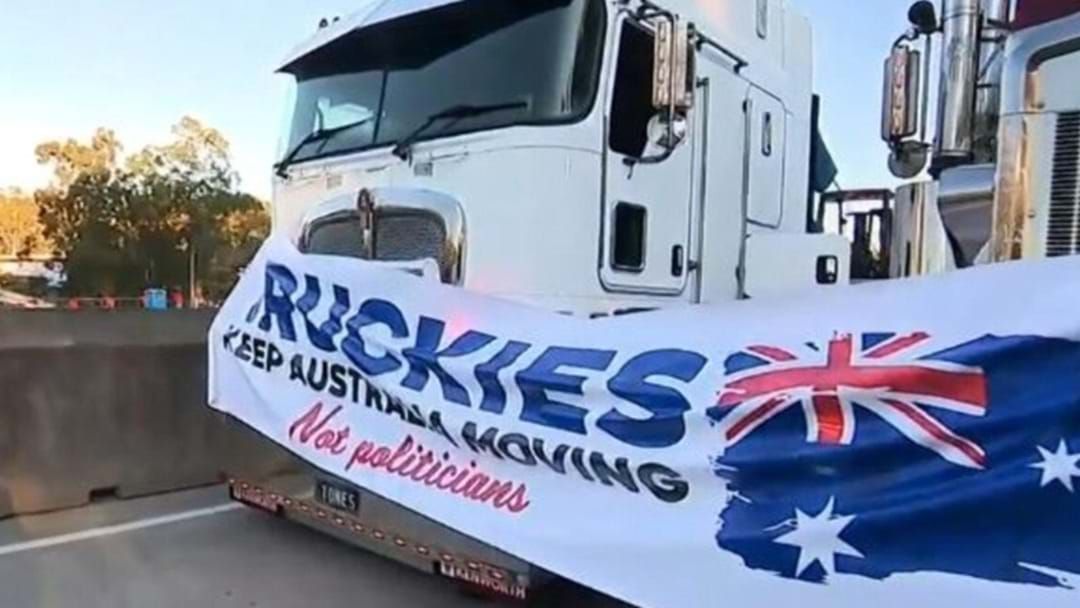 Truck drivers took to protesting along the Pacific Motorway (M1) early Monday morning riled up by Queensland's border vaccine mandate and the impact of lockdowns.

Drivers blockaded the major highway with their vehicles around Caltex Reedy Creek for the “Freedom of Choice” rally before leading a convoy southbound causing major traffic delays.

Frustrated over essential worker requirements to have had at least one dose of a Covid-19 vaccine before being allowed to cross the Queensland-New South Wales border, truckies have called for the rule to be abandoned along with border restrictions.

Queensland Police anticipated traffic delays along the M1 southbound near exit 86 and asked that motorists to avoid the area.

“There’s a bigger picture in this around putting lives at risk, which is really, really disappointing...We are investigating and obviously action will be taken against those particular drivers at a later time.”

The misnomer that heavy vehicle drivers needed to be vaccinated to cross the border was also clarified by Supt Wildman.

“There’s a (Covid-19) testing regime for heavy vehicle drivers coming into Queensland, not a vaccination requirement,” he said.

Meantime, Queensland senator Pauline Hanson was at the scene in support of the protest before asking the organiser to move it on.

The protest follows a border rally on Sunday, which saw three protesters arrested and one person charged with assault of a Queensland Police officer.