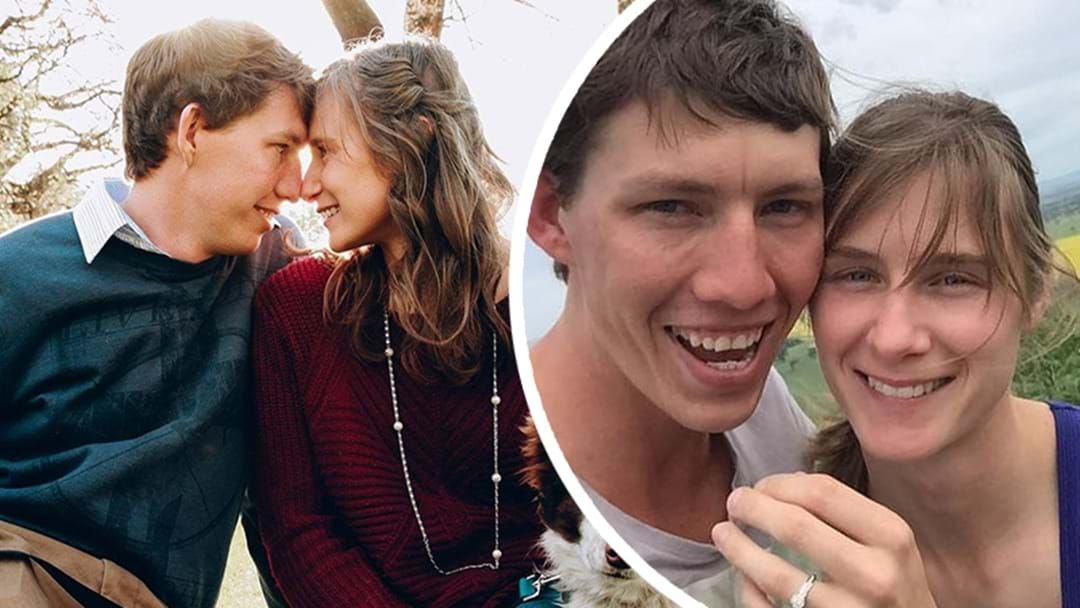 The newlywed firefighter who was tragically killed Monday evening after his truck was flipped over has been identified as 28-year-old Samuel McPaul whose wife was expecting their first child in the New Year.

McPaul died at the scene while another passenger and the driver were injured in NSW.

Mr McPaul, 28, was battling a blaze in Jingelling, in Green Valley, about 70km east of Albury on the border of NSW and Victoria on Monday, when a 'fire tornado' caused his 10-tonne firetruck to roll.

Another crew member, 39, who was also battling the fire in the refuge area of a property, suffered serious burns, while the driver, 52, suffered minor injuries.

The abnormal weather event was described as truly horrific and according to the Rural Fire Service, it's believed the truck rolled when it was hit by extreme winds trapping crew members inside after it landed on its roof.

A second vehicle was also blown over in the same area and the firefighters on board were taken to hospital.

The firefighters were working on the Green Valley Fire, about 70 kilometres east of Albury, when the incident occurred.

His death takes the toll to 10 for Australia's most recent bushfire season.

The devastating news comes after the recent death of Geoffrey Keaton, 32, and Andrew O'Dwyer, 36, from the tight-knit Horsley Park brigade, after a tree came down on their truck, prompting the vehicle to roll off the road.

The pair were both fathers of 19-month-old babies and were part of a truck convoy near the town of Buxton, where fires were burning out of control.

Tune in below to find out more: