"Today, we all grieve" 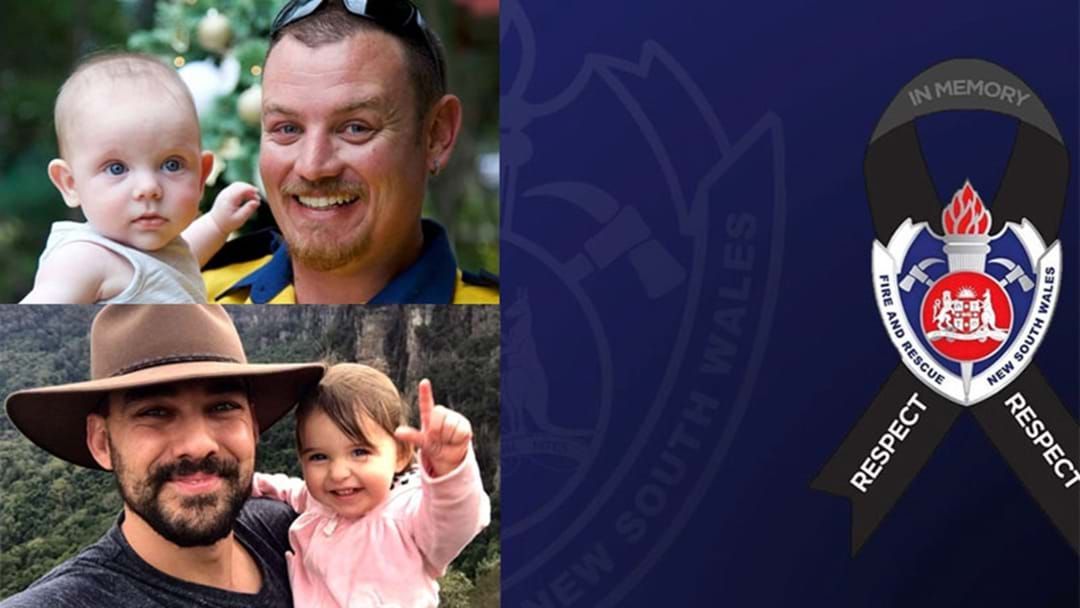 Following the tragic deaths of NSW Rural Fire Service firefighters Geoffrey Keaton and Andrew O’Dwyer last night, the service has announced flags will be flown at half-mast today from all Fire and Rescue NSW buildings.

“Today, we all grieve with the families, friends and colleagues of NSW Rural Fire Service firefighters Geoffrey Keaton and Andrew O’Dwyer, who were tragically killed last night.

“It has been devastating to hear of this loss of life and my deepest condolences go out to all those affected.

“As a mark of mourning and respect, flags will be flown at half-mast today from all Fire and Rescue NSW buildings.

“I also want to extend my deep gratitude to all the crews battling to minimise the fires across the State. Your commitment to the community far exceeds expectations. Thank you.”

The NSW Rural Fire Service shared photos of the two men, who died in a motor vehicle accident near Buxton in south western Sydney last night.

Mr Keaton, 32, joined the service in 2006, and is the deputy captain of the Horsley Park Rural Fire Brigade.

Mr O'Dwyer, 36, is a member of the Horsley Park Brigade having joined the service in 2003.

They each leave behind a young child.

Both volunteer firefighters, Mr Keaton and Mr O'Dwyer were battling a blaze at Buxton when a tree came down in front of their truck, causing it to roll.

Three other members of their brigade were injured in the crash and are currently being treated in hospital for non-life threatening injuries. All three are in stable conditions.

RFS Commissioner Shane Fitzsimmons said that the tragedy "hurts everyone to the core" while Emergency Services Minister David Elliott said it was a "black armband day".