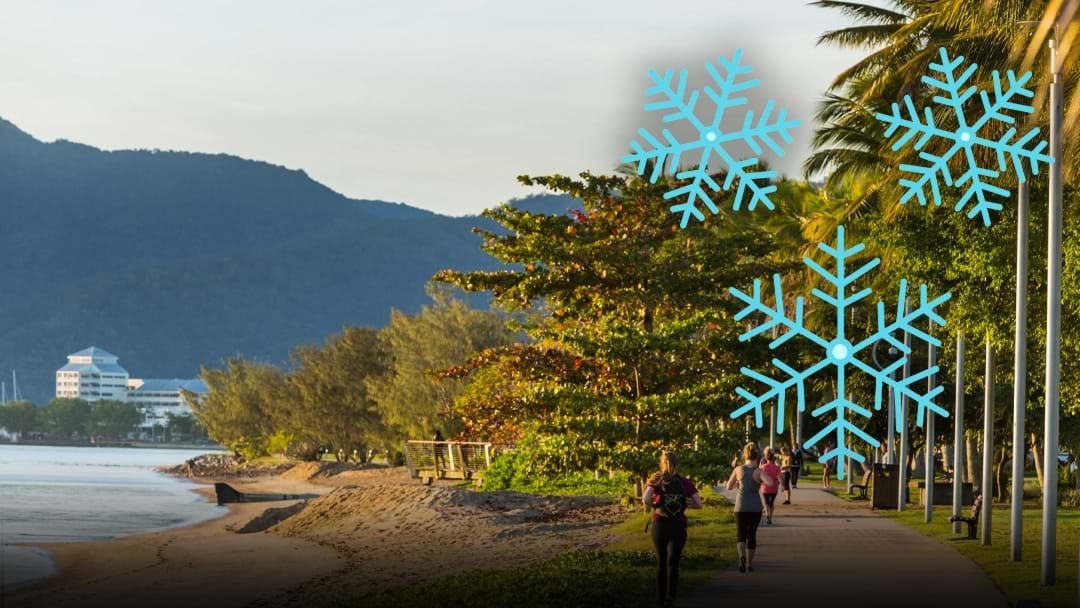 Residents in parts of the Far North experienced the coldest wake-up of the year on Friday, with temperatures plummeting across the region.

Cairns Racecourse fell to near single digits at 6am, recording 10.3C which surpassed all lows since July last year.

Cairns Airport this morning was a touch warmer with a low of 13.6 degrees at 6.06am.

On Thursday, the town of Innisfail - about 90km south of Cairns - recorded its coldest day of the year. However the record was broken within 24 hours with a low of 8.6C on Friday morning.

Kimba Wong from the Bureau of Meteorology said cold snap was prevalent due to overnight temps, however no all-time lows were reported.

“It’s a very noticeable cold change because of very warm temperatures leading into to it with reasonable humidity,” she said.

“At the (Cairns) Racecourse it has been the coldest morning of the year, the last time it was this cold was in July last year.

“But the low temps are not particularly out of the ordinary."

Remember to rug up through the colder weeks, with Wong saying the cold mornings won't last long.

“We have had a bit of a push of southerly dry wind come through into the tropics and a lot moisture in the air will come through tonight and it will be gradual warming trend."