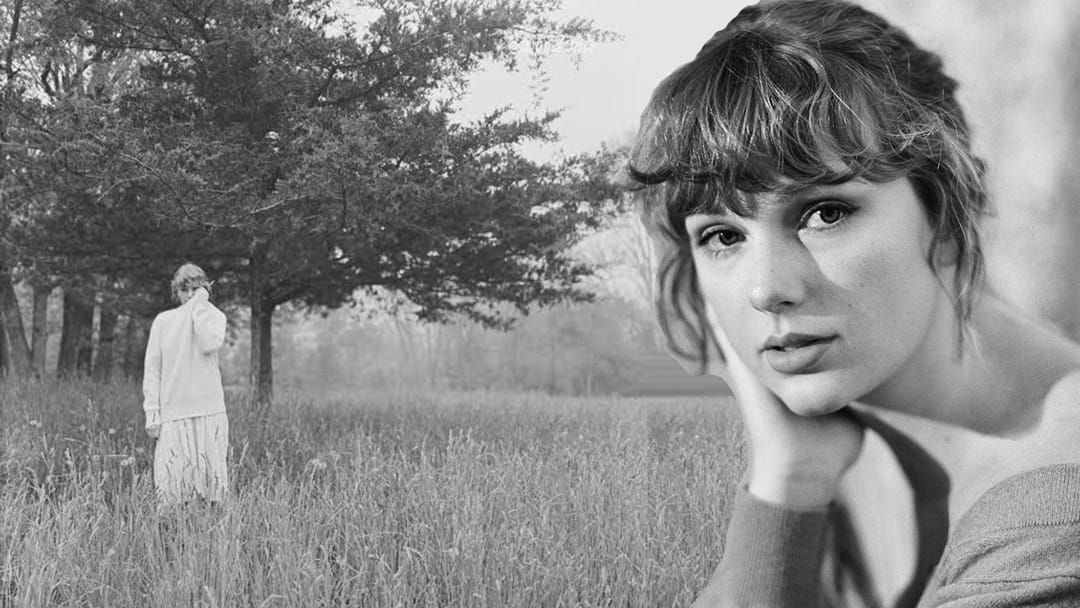 2020 has been a wild one for Taylor Swift fans. Not only did she drop one surprise albums, but then she backed it up with a SECOND one... but could there be a THIRD on the way?

Eagle-eyed fans have spotted some text on a new promotional image from the 'Hide and Seek' edition of Folklore that has surfaced and think it's for a follow-up album to Folklore and Evermore called Woodvale.

If you look really closely in the top right-hand corner of the image, you can make out the words.

Well, sorry to burst your bubble but Taylor has appeared on Jimmy Kimmel and revealed it actually was a mistake. She says they were playing around with the idea of having the album title (of which Woodvale was a code name for Folklore) and accidentally left it on there.

Check out the full chat below.

Funny how Taylor does explain the name but doesn't deny she has a third album coming out hey?